Well, today was so epic that I had to break it down into two parts. Here’s the morning.
First, it’s my birthday! I decided to come up here to Portland, ME because I’ve never been to Maine and I really wanted to visit Portland. So far, I’m not disappointed. And who knew Portland was such a foodie town?
Last night, Bill from Fore Street recommended I start my day at Becky’s Diner, which thankfully was just a block or so away from my hotel (as it was pouring). Becky’s is totally a diner you’d see on Diners, Drive Ins, & Dives. Then I looked it up – and it was featured!
I grabbed a seat at the counter and placed my order. It wasn’t too long before my order was out. I got a made to order omelette with potatoes and cinnamon raisin toast, plus a green tea. When my omelette came out, I was amazed at the size (I definitely did not finish it). 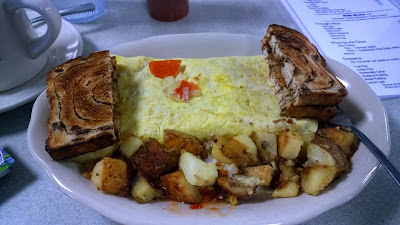 My server also offered a local hot sauce called Captain Mowatt’s Canceaux Sauce. Of course I had to try it, and while a bit sweeter than I usually like, it was pretty good and I smothered my potatoes in it. 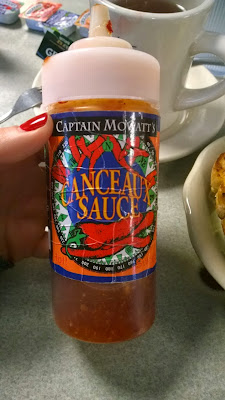 Overall it was a really good start to my day, and I think I was out of there for under $15 with tip. Also, everyone there was so nice and random people said hello to me and asked how my day was.
After breakfast I walked a few blocks up the hill to the Portland Museum of Art. Before I get into the details I want to start by saying this is one of the best art museums I’ve ever been to. Granted it’s smaller than most city museums I’ve visited, but it has a great collection of American and European art.
I entered the art museum and bought my ticket. The two women behind the desk were so nice and we chatted a bit about the different exhibitions that were featured. After getting my ticket, I went to coat check (free coat check, yea!) and dumped my wet raincoat.
First I checked out the Treasures of British Art 1400-2000: The Berger Collection, as there was a speaker talking about some of the pieces. The first thing that amazed me was how old some of the pieces were. As I’m standing in front of a piece, my mind starts to remember small snippets of knowledge learned in high school about the 15th century. I was thinking maybe it was an exciting time, as the Middle Ages were ending, explorers were sailing around the world, the Renaissance period was starting.
Here are some of my favorite pieces from my day at the museum: 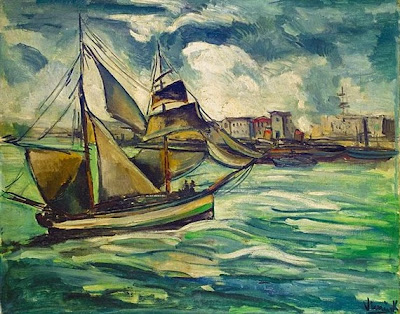 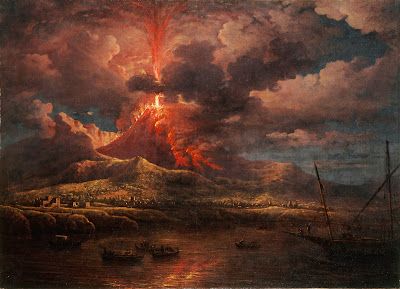 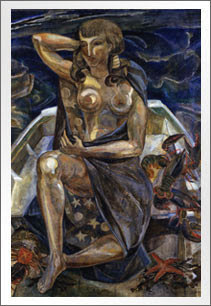 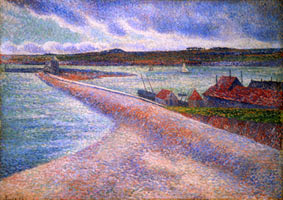 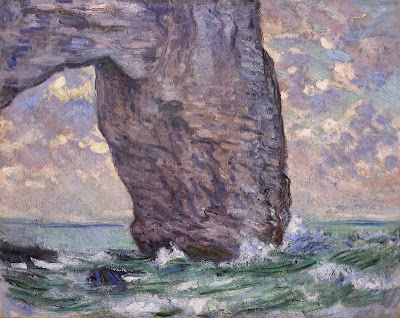 I toured the rest of the museum, including the McLellan-Sweat Mansion, which is attached to the museum. Besides the works above, the museum features many other great works including a few other Monet’s, a Renoir (maybe 2?), works from Toulouse-Lautrec (one of my personal favorites). 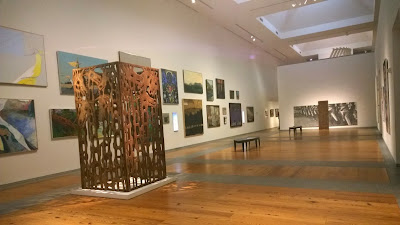 In addition, the exhibit Aaron T Stephan: To Borrow, Cut, Copy, and Steal was quite interesting. And especially fascinating was Conversations, in which Stephen called a bunch of pay-per-minute sex line workers and asked them about art. You can even call and listen to some of the messages! 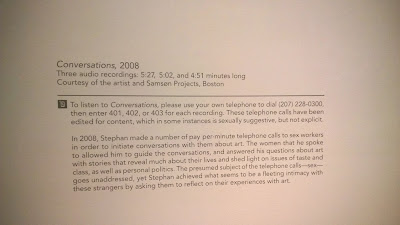 One thing I did find interesting, in an I don’t get this way, is the talk I attended about a piece from the Berger Collection entitled Storm. I seriously listened to a 20 minute talk on this, and I still don’t get it. You can click on the picture to read more, and if you want to explain it to me, please do in the comments. 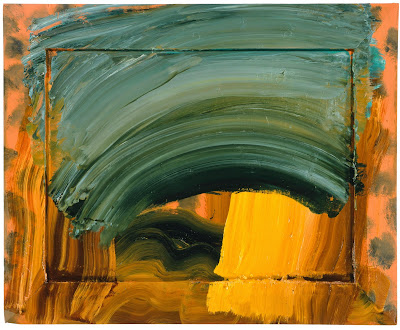 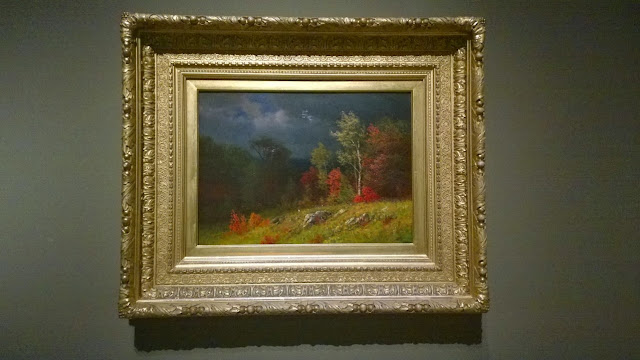 Albert Bierstadt United States (b. Germany), b.1830, d.1902
Autumn Birches (Approaching Storm), Circa 1860
After the museum I walked a few blocks to the Wadsworth-Longfellow House, which is maintained by the Maine Historical Society. This is a two part tour. First, you hit the museum on your own then join a tour to see the house. The museum is interesting, as it tells the story of the house, but the house is what makes this tour so interesting. Henry Wadsworth Longfellow grew up in this house, and most of the furnishings are original to the Wadsworth and Longfellow families. I highly recommend this tour, especially since you learn so much about the family. 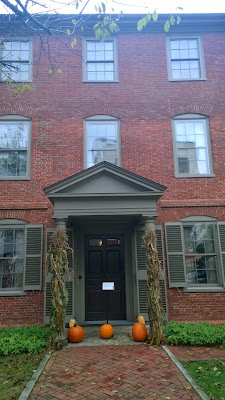 Now it was time for lunch… I walked a few blocks across town, and will have to update my amazing lunch in another post, which you can read about here. 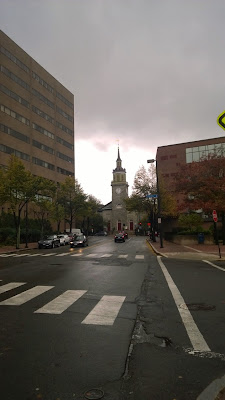