If you’re from Seattle (like I am), it’s no secret that the city is growing at a very fast pace. So, it’s only natural that SeaTac is the fastest growing large airport in the U.S. And Delta is taking notice by chasing after Alaska’s base and adding more and more flights to and from Seattle.
And maybe it has something to do with this beautiful view shortly after takeoff… 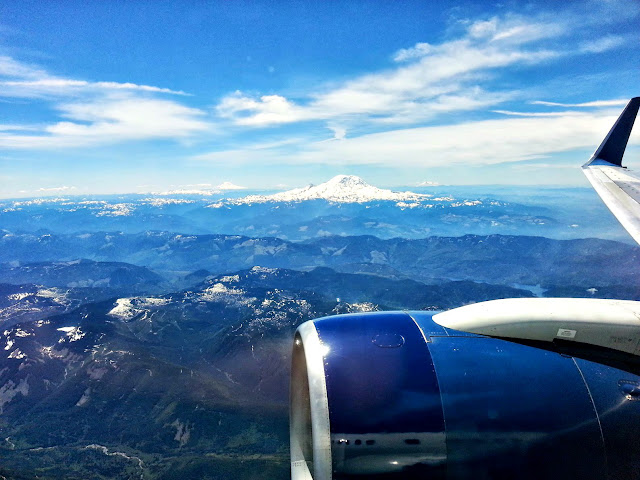 I’ll use any excuse to throw a Mount Rainier picture into this blog. Anyway, this is great news for me, as Delta is my preferred airline (I was a Northwest Airlines loving Detroiter before the merge, so it’s only natural). The route I’m most excited for is the Seattle to Boston route, as in the past I’d have to take Alaska or Jet Blue on this long flight.
The new direct routes, in alphabetical order are:
This brings the total Delta flights from SeaTac to 128 flights to 36 countries. Of course, some of the travel may be on the Delta Connection carriers: Compass Airlines, Endeavor Air, Inc., and SkyWest.
It’s interesting to see Delta expanding here in Seattle, and to watch the Alaska/Delta turf war that is happening at SeaTac. But these new routes are in direct competition with Alaska’s routes, and the fact that Delta just posted a $1 Billion profit last quarter, will prove interesting in the next few years. At the very least, my home base airport will get a few new terminal upgrades.

Tell me, what airline do you prefer (especially if you’re a Seattleite!) by leaving a comment or sending me a Tweet!