It’s that time of year again; I’m heading home for the holidays. And home for me is the Detroit suburbs.
Since this is a personal trip and not a work trip, I saved a few bucks by jumping on the light rail from Westlake to SeaTac. I opted to leave a little earlier, just in case. So, since I got to the SeaTac airport a little early I decided to forgo the Delta lounge and instead indulge in some bubbly and oysters at Anthony’s. 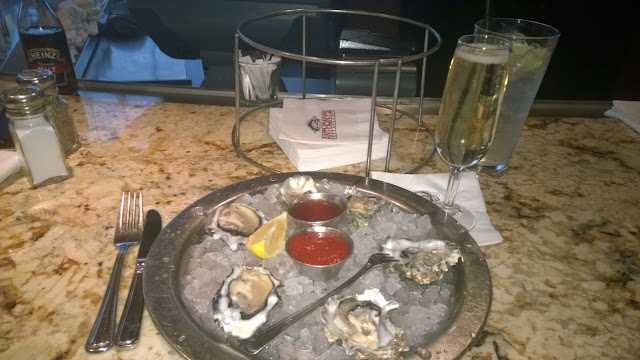 But it turned out I still had some time… so upon arriving at the S gates, I headed to the Delta Sky Lounge for more bubbly. 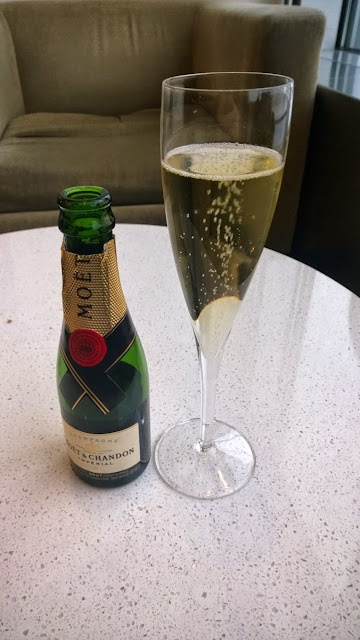 And upon settling on the plane, I noticed that the Delta baggage handlers were using a mini-van, which I thought was super weird for some reason. 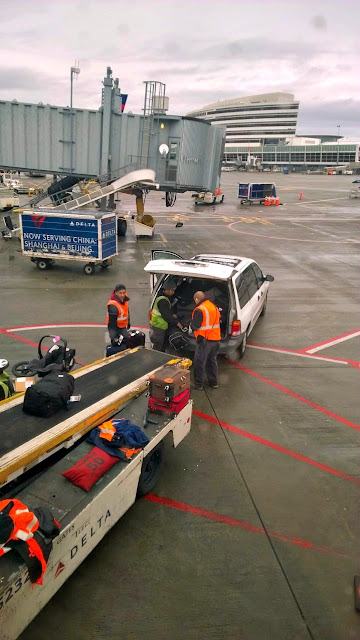 My flight was uneventful, but it was a bit too cloudy to see the mountains. Instead, a beautiful sunset over the clouds… 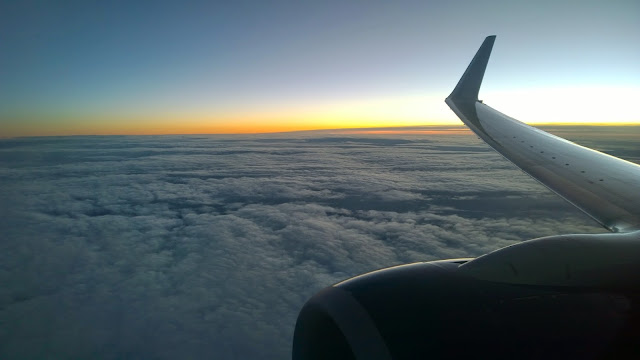 I arrived later in the evening (around 10:00 p.m.) and headed to bed. It’s my vacation, which means I slept in, too.
Later that night, I went to dinner with my parents are their friends at Wixom Station. It’s your typical suburb American fare restaurant. I had the kabab and ribs, and split them with my sister. The meals were good, and what you’d expect from a suburb restaurant and bar. What really surprised me was that Wixom Station was packed with people, and there was even a 45-minute wait without reservations. 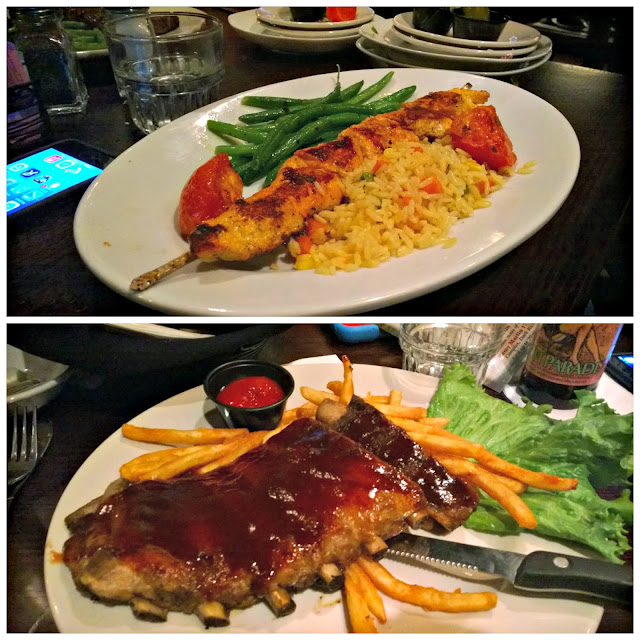 The next day was Sunday, and I LOVE Sunday brunch. I went to Gest Omelettes with the fam. They come here a lot and it seems like they know every person on the staff quite well. Our service is always phenomenal and the food (especially the omelettes) is so good. One bonus: every omelette comes with fresh iceberg lettuce. May seem weird, but try it. In fact, it pretty much ruined normal lettuce-free omelettes for me. 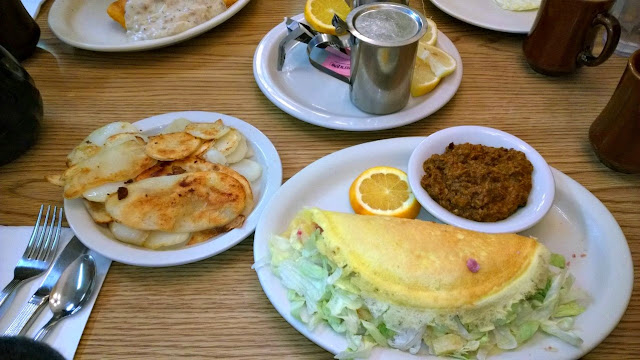 And then I spent a lot of the day hanging out with the dogs, and the fam. 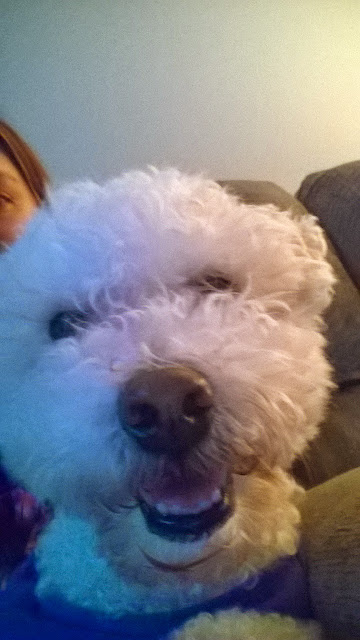 Later that night some friends were meeting at the local dive bar, Bottom of the 5th. This was actually my first time here as Bottom of the 5th, but some people may remember this as our local watering dive, Shot’s Tavern (as they were sort of lenient on the closing times and ID policy when we were underage).
It’s honestly a fun bar. The drinks are cheap, the selection is what you’d expect, and from what I hear the burgers are pretty good, too (though I didn’t try one). I ran into some friends that I went to high school with (that I hadn’t seen in 10+ years). 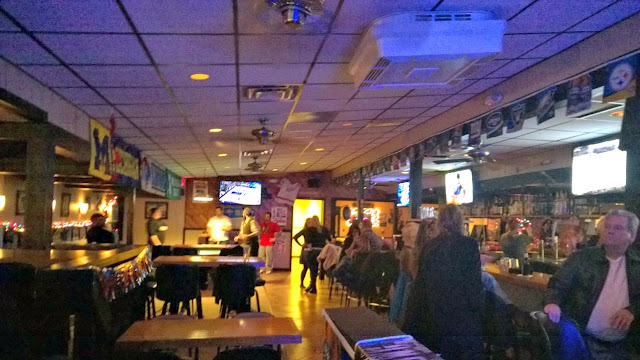 After indulging in a few beverages, all we wanted was some greasy burgers to soak up the alcohol. Well, Greene’s was our obvious spot (just down the street from Bottom of the 5th).
Greene’s Hamburgers is an institution. This particular Greene’s opened in 1957 and is the last one standing (apparently it used to be a burger chain in Detroit back in the day). My mom used to come here with her friends when she was younger, I used to come here when I was younger, and I try to visit when I’m back in Michigan.
I love the sliders (with cheese and pickles!) and the grilled cheese sandwich. The fries are pretty good, too. And, you can play music on the jukebox. When we were a bit younger, we used to pick the worst songs to play and then leave.
Did I mention Greene’s is open 24/7? 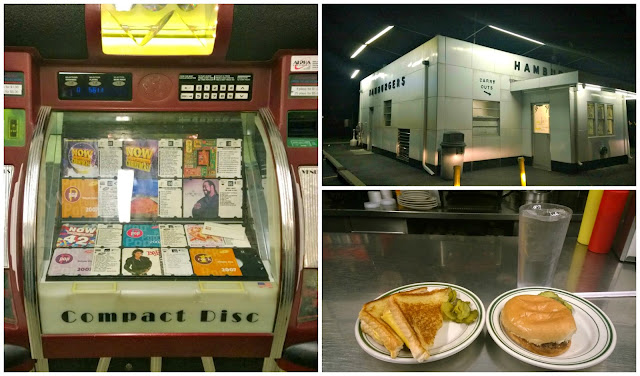 The next day I woke up early and drove to Mason, Michigan to meet my friend Lisa that lives in Houston (and her husband and daughter). We decided to do a little Mason, Michigan pub crawl – yes, which is entirely possible to do.
Our first stop was Darb’s Tavern. Darb’s was a family style bar/restaurant that has awesome American style bar food. Darb’s also has a good selection of local beers on draft, which is something that we like to take advantage of when the opportunity is presented to us. And it was made even better by the fact that their draft beer tap systems had a wide array of beer options for us to choose from, so we were definitely spoilt for choice! When it came to the meal, we had the fried pickles and I had a sandwich (which I forgot to photo). 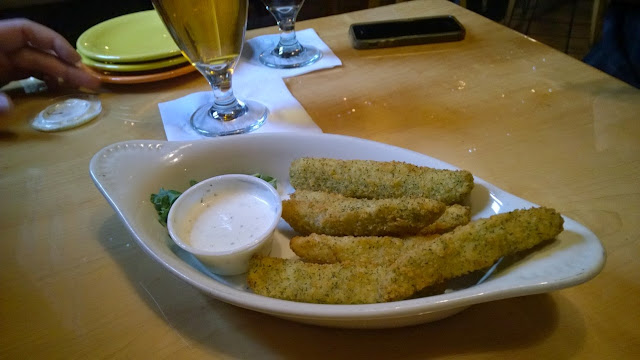 And then we found the pull tab machine! 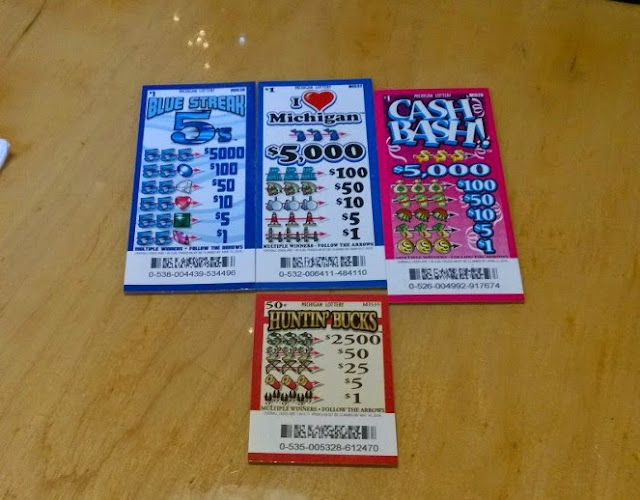 Next stop was Courthouse Pub in downtown Mason. Apparently, I didn’t take a pic there.
We had a beer there, then went next door to BAD Brewing Company. It’s a small little brewery in downtown Mason that has a lot of beers on draft including a grape cider that was amazing. 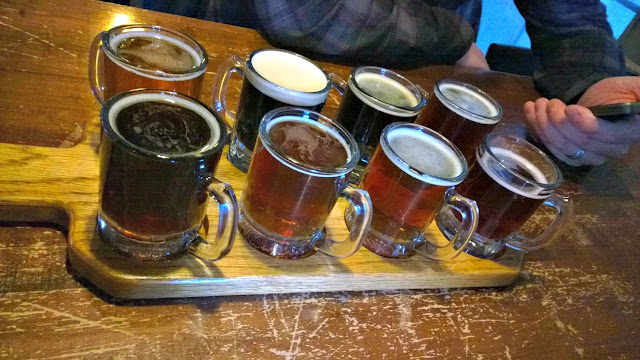 And some friend time… 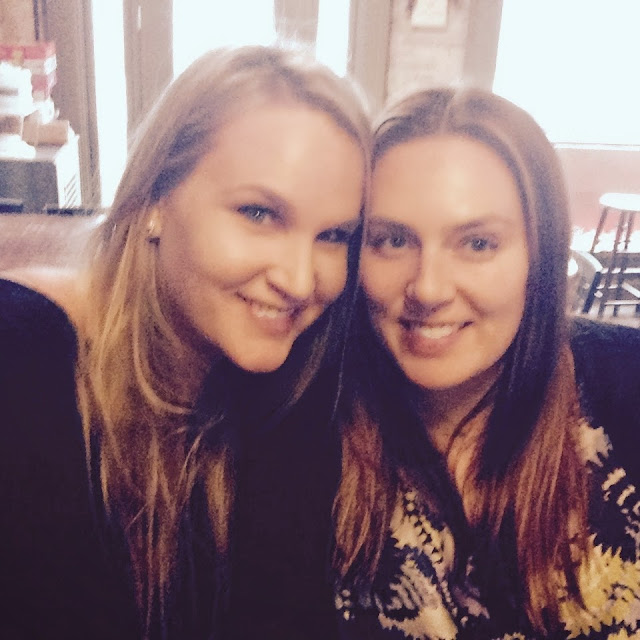 I drove back to my mom’s place where Bates’ was waiting for me. Between Bates’ and Greene’s, I can’t decide which slider and grilled cheese is better. They are both delicious greasy goodness. 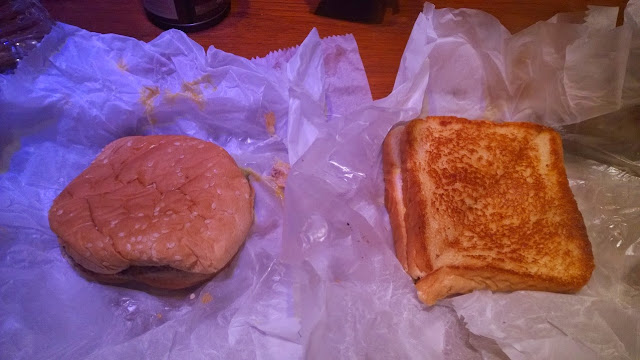 The next day my sis had to go downtown, so we decided to make a day of it. I love Hamtramck. Most people know it for its Polish history and paczkis. I have this dream to make millions and buy all the houses on a street and turn it into a Rainey Street type of area. 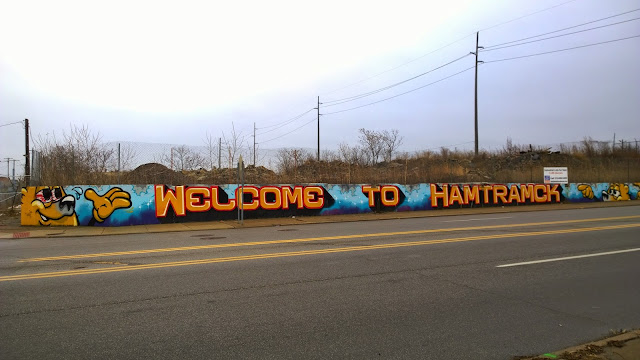 For lunch, we went to Mudgie’s Deli. It was a bit of a wait, maybe like thirty minutes. There is a cute park across the street where you can wait and enjoy the outdoors.

We did the pretzels and dip, as well as sandwiches. They were pretty delicious. 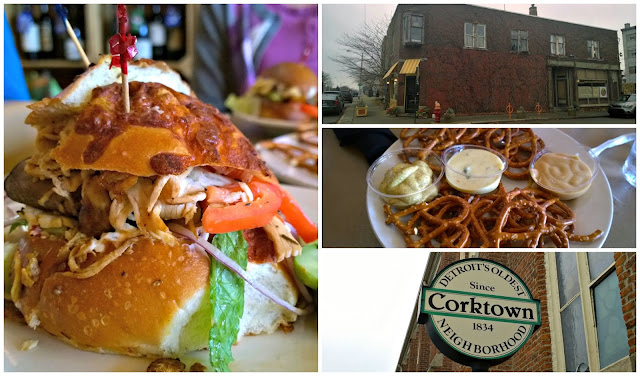 That night we hung out in downtown Farmington. First was dinner at Page’s. 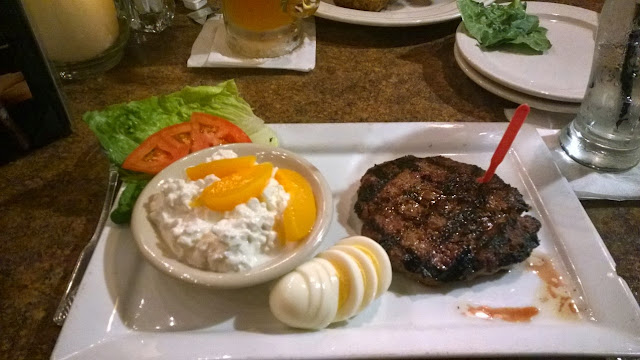 Followed by pull tabs and beer samplers at Grand Tavern. Followed by an Uber ride home. 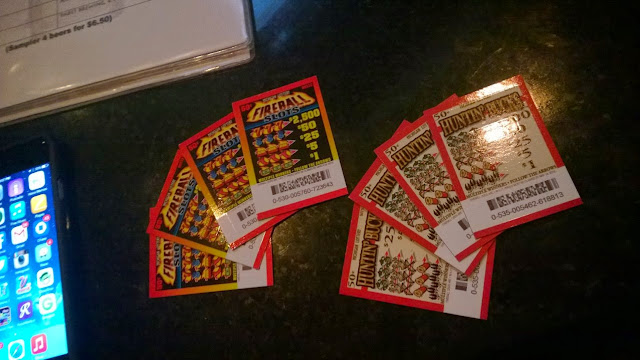 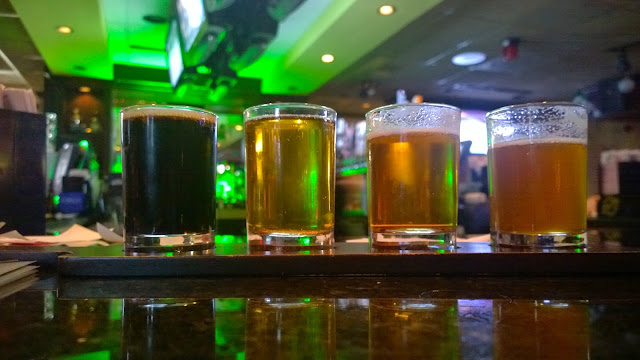 I had to fly home the next day and wanted to get a pic of the dogs before I did. I think I took about 20 pictures before I got one that was sort of decent. 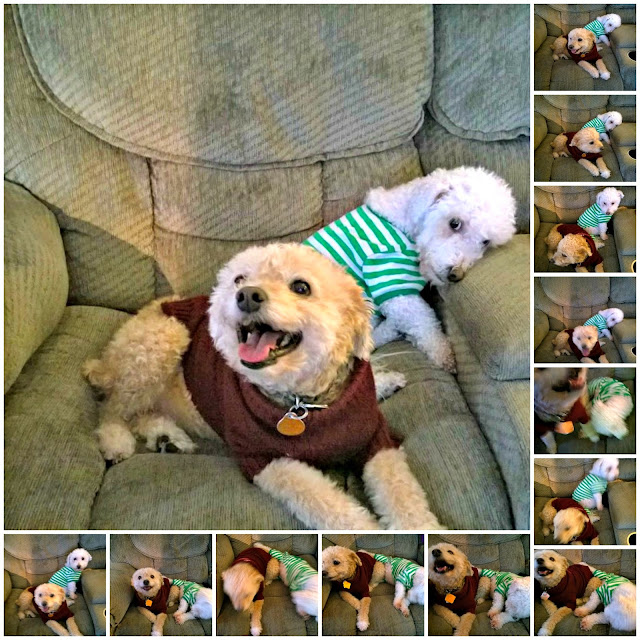 And then it was a view of DTW from the Delta Sky Lounge, while drinking a self-poured Kalimotxo. 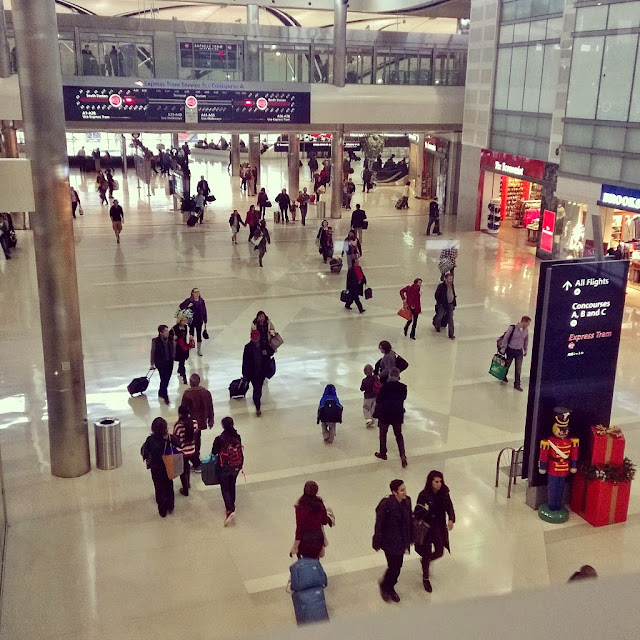 And my flight had one of my fav first class meals – the calzone! 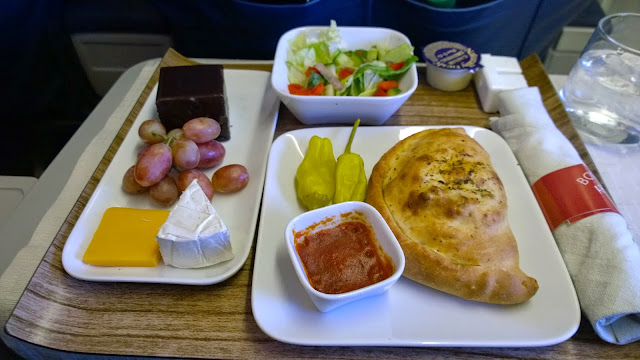 And upon landing in Seattle… Alki.