I left Charlotte in the morning and had a connection at DTW. Normally I would have found another route, but the Global Entry office at DTW had appointments open, and I needed to stop by. Upon arrival, I checked in at the Delta SkyClub. They have lockers, where I was able to store my bag while I went to the North Terminal for my meeting (it was outside of security).

After my meeting I had about an hour to relax at the SkyClub. The DTW SkyClub is one of my favorites. You can serve yourself alcohol (though I did not partake), they have a ton of different types of rooms and seating and, of course, showers.

Before heading to my flight, I did however partake in one of my favorite Detroit culinary delights – the National Coney Island Dog! 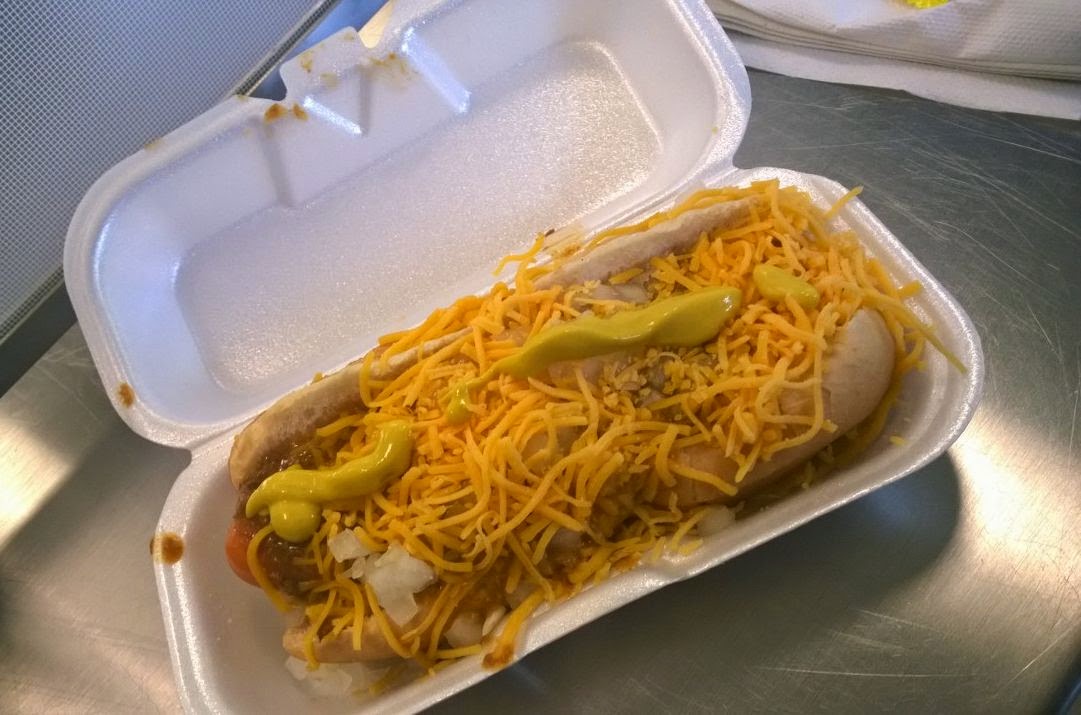 A few hours later, we were just about to arrive in Providence, RI. 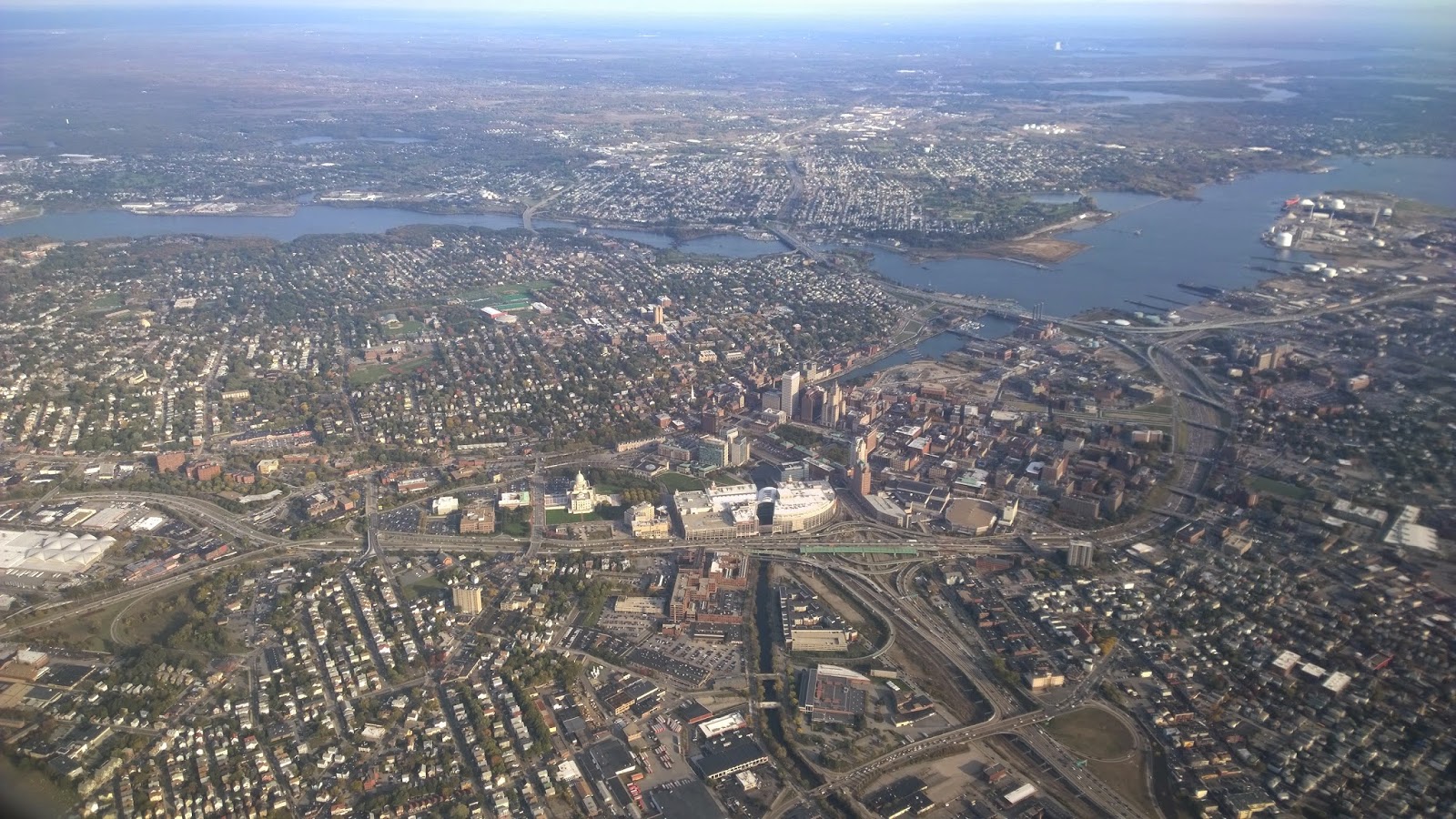 PVD is a smaller airport, but I think they wanted to make sure I got my FitBit points in, because it’s a good 15 minute walk to the rental car area. Once I got my car, I headed to my friend’s place in Newport, RI.
It was about a 35 minute drive to Greg’s house in Newport, RI. There is a toll bridge on the way, and I hope my rental has an EZPass on it, as I just went through (a weakness of mine is I never have cash on me…). After quick hello’s, I took a shower, relaxed a little, then it was time to go out and explore.
Newport is a great little coastal town. It was founded in 1639, has a ton of history and is what you’d imagine a New England coastal town to look like. I need to come back in the summer, where I can imagine it’s a ton of fun. I can totally see why Greg chose to live in Newport.
Greg lives within walking distance to everything, so we walked around a little bit, saw parts of Newport, before arriving to our destination – The White Horse Tavern.
The White Horse Tavern is America’s oldest Tavern, established in 1673. While sitting at the bar, I was imagining soldiers, pirates, even our founding father’s talking, eating and drinking right in the exact same spot as I was currently enjoying a nice local pint. Fun fact I learned while at the bar, many people could not read in the late 1600’s and the universal symbol for a tavern was simply a picture of a white horse. 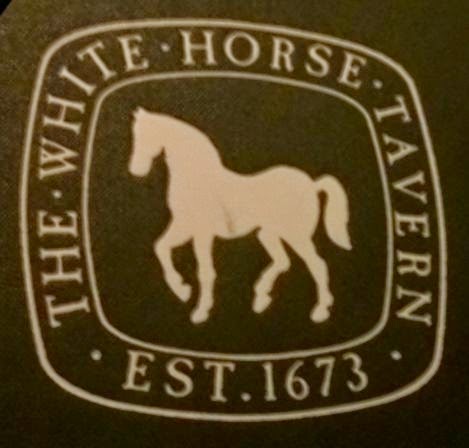 The food was excellent. I had the catch of the day, which was MahiMahi. And a few local beers that I don’t recall. It was great to catch up with Greg (as it’d been almost a year since we’ve spent time together) and we also realized we’ve never hung out in the same city twice, and we’ve hung out a lot. It’s fun when you have another friend that is also has the wanderlust bug.
After White Horse we walked a few blocks to Speakeasy Bar & Grill for a drink. I tried the Shipyard Pumpkinhead (which I think I’ve had at Rocco’s back home, too) with a cinnamon and sugar rim. 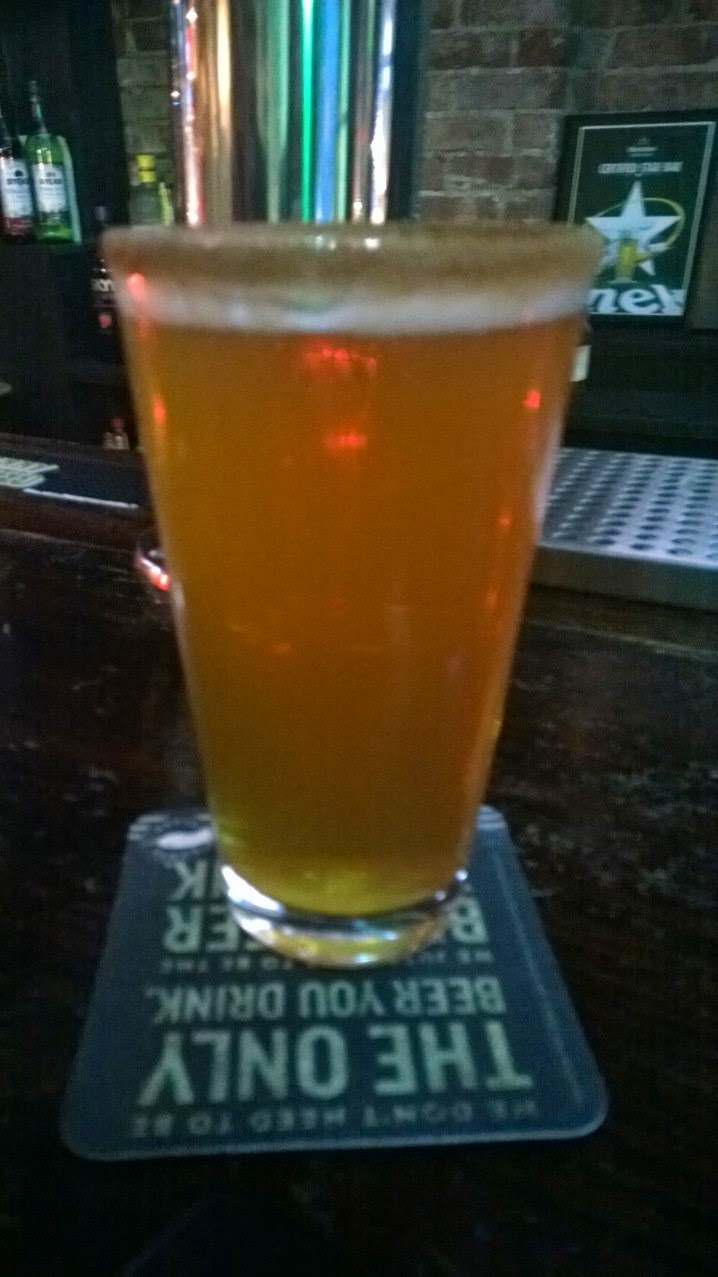 Then it was on to the next spot next door, Benjamin’s Restaurant and Raw Bar. I ordered oysters here, but Greg would not partake. He’s never even tried one, and tonight was not the night for him to start. They were delicious. While I’ve never met an oyster I didn’t enjoy, there’s something about these Eastern Seaboard oysters. They are briny and creamy and larger than my usual West Coast oysters. 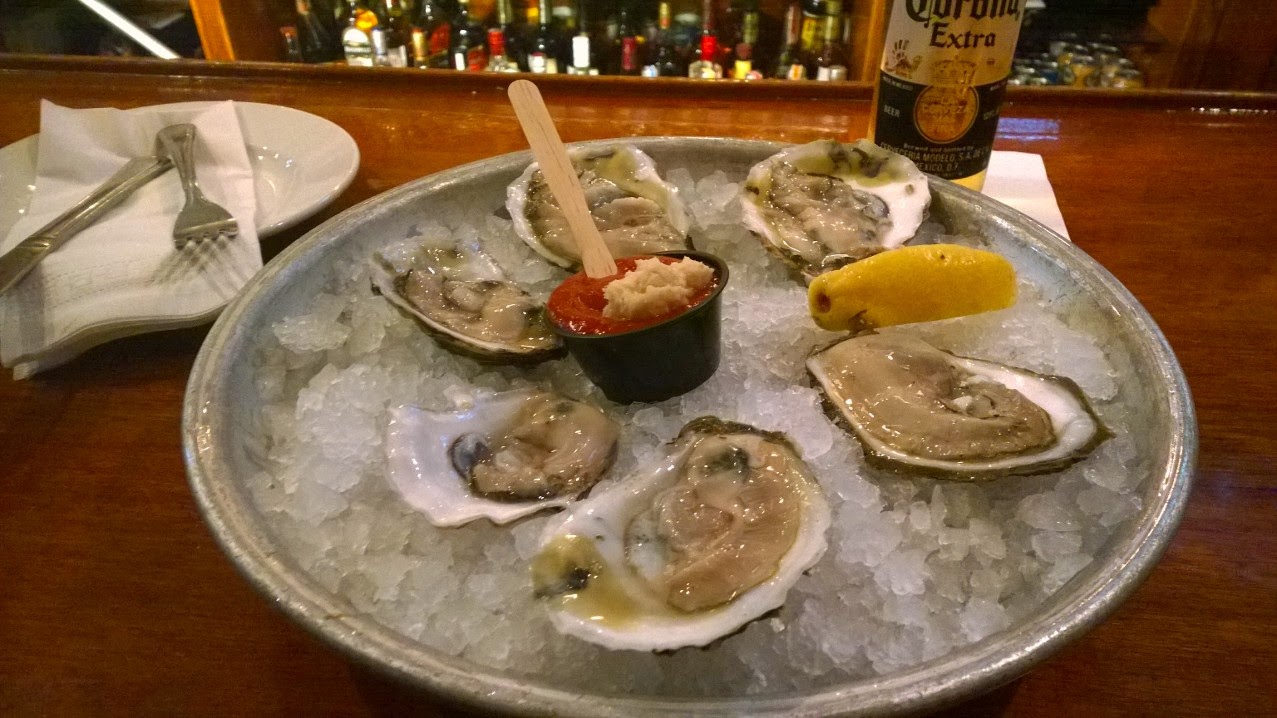 After Benjamin’s, it was time to go home (even though it was only like 11:00 p.m.). Our walk home was quick and I think I was asleep within 15 minutes of arriving back to Greg’s place.
It was good, as I needed some sleep for my drive to Portland, Maine…