I took the red-eye from SEA to EWR. Red eyes always sound like a good idea when flying from the West Coast to the East Coast, but they never are. Worse, because I was flying to my aunt and uncle’s place in Hoboken, I thought switching planes in CVG would be fine. Needless to say, I’ve been exhausted.

My trip started with AMS car service picking me up from Newark and taking me to my Aunt & Uncle’s place in Hoboken. They had a flat rate of $25, plus tax and tip brought my fare to $37. 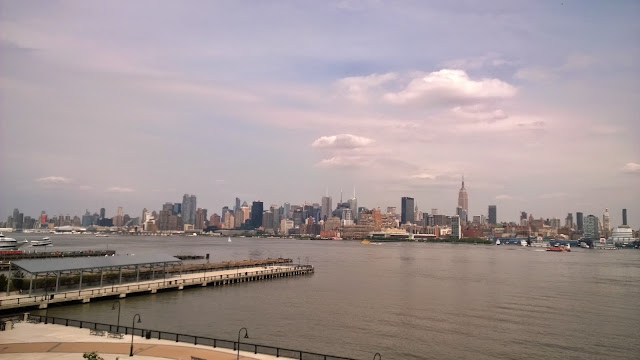 Their place has the most amazing view. Manhattanites for a long time, they decided to move across the river about a year back. They are close to the ferry and the Path, so it’s an easy commute to the Island. Plus, everything is walkable and Washington Street in Hoboken has every bar, restaurant, shop, and store that one would require. 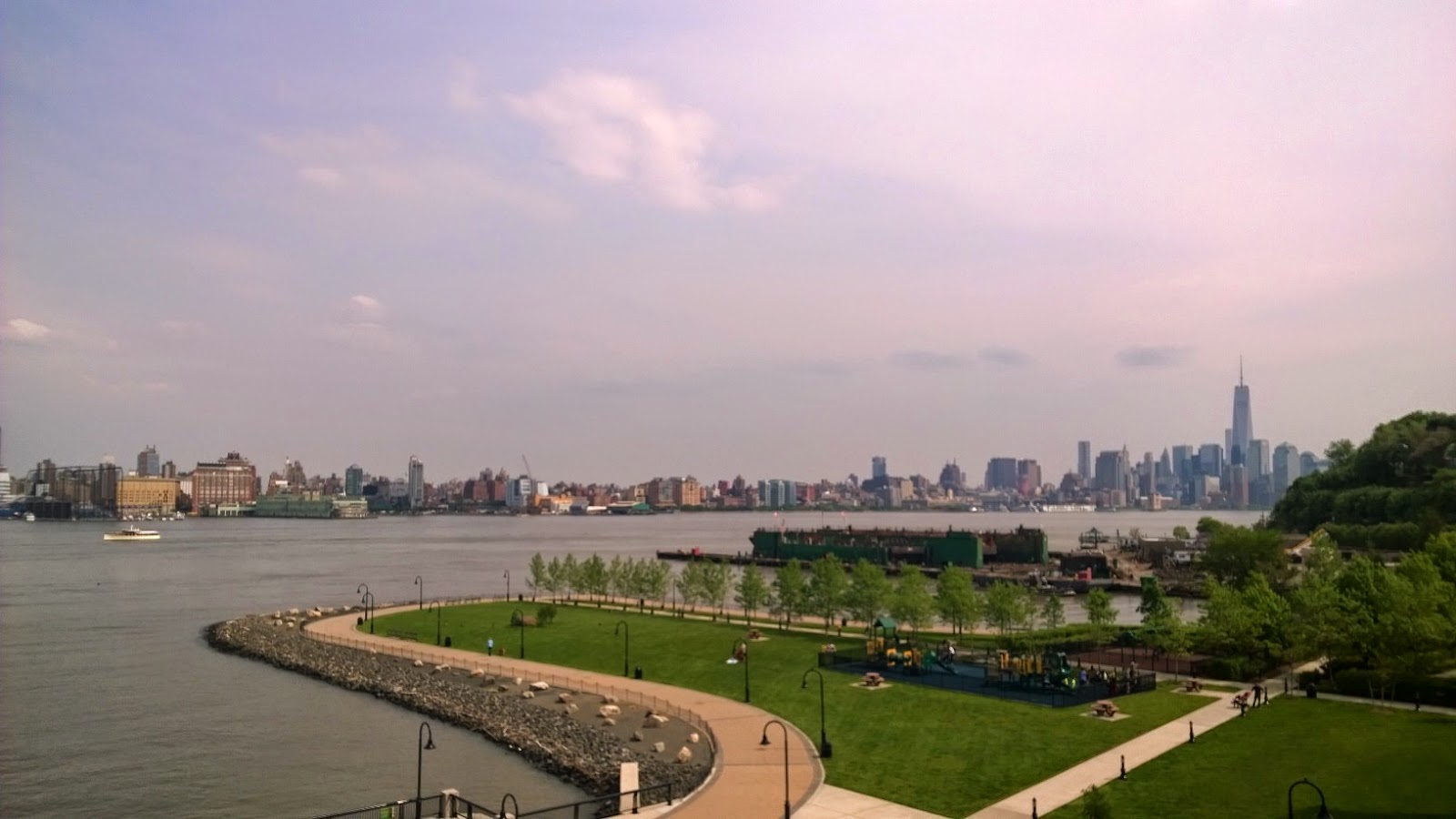 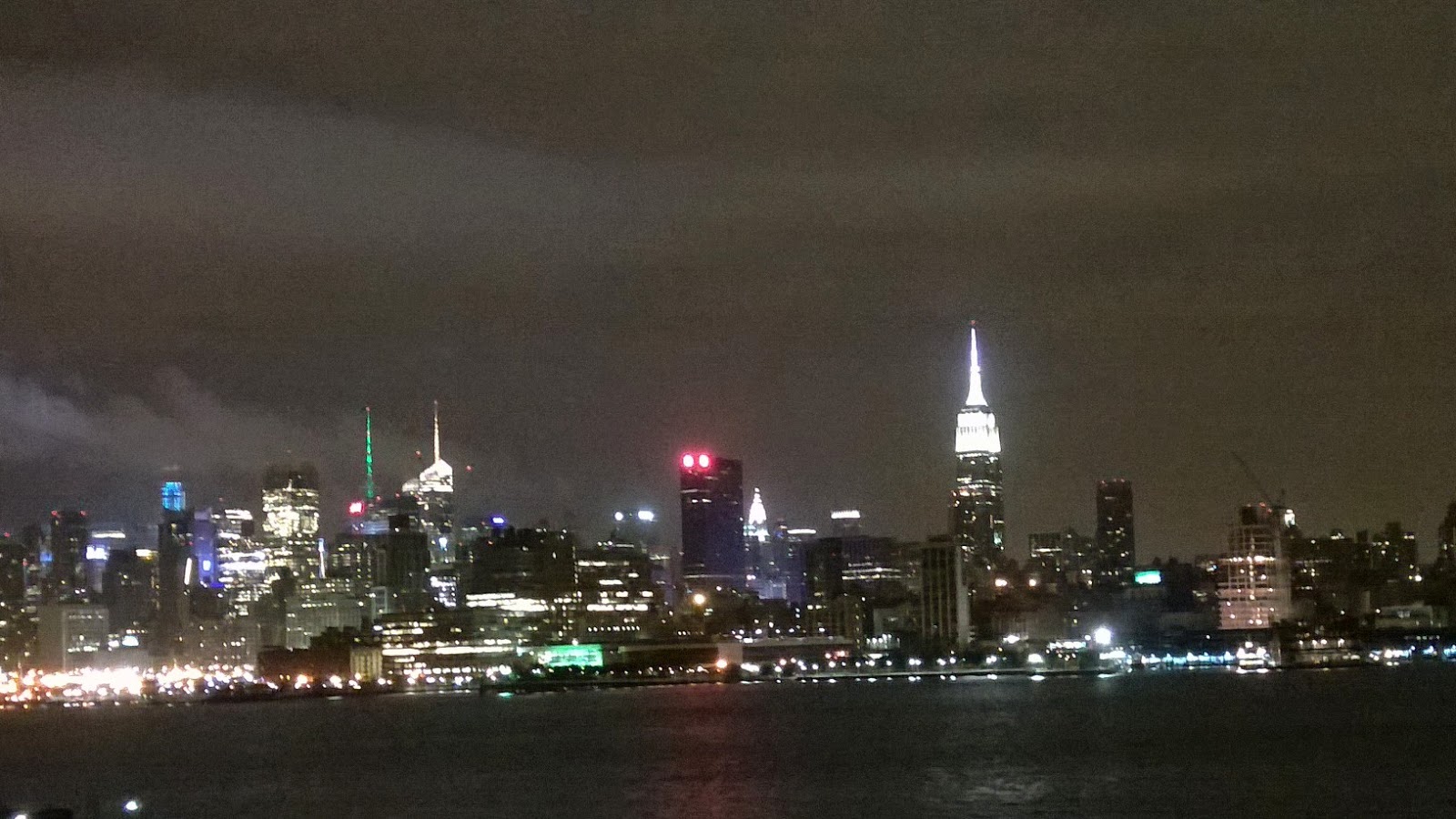 After a few moments of chatting, I was exhausted and decided to take a nap before I had some work calls. I managed to sleep about 90 minutes before I had to wake up for a work call (or two). Got in the shower and then it was time to venture into Manhattan.
I jumped on the NY Waterway Ferry at 14th street. It took about 10-15 minutes to cross the Hudson, and of course, the view is beautiful. It dropped me off at Midtown at W 39th street, where it was easy to catch a cab.
About 20 minutes and 30 dollars later, I arrived at my friend’s apartment in the East Village. He was in a pretty brutal bike accident and I was there for moral support, as well as I just needed to see him to make sure he was OK. We spent some much cherished quality time together.
Then I walked a few blocks south to the Tenement Museum. The Tenement Museum is located in an old tenement that was built in 1863 and over 7,000 immigrants lived here over the course of its lifetime. I did the Irish Immigrant Outsiders tour, which told the story of the Moore family that lived in the Tenement in the late 1800’s. I didn’t snap any pictures (crazy, I know), but you can check out their website for more info. I highly recommend visiting the Tenement Museum.
The tour lasted about an hour, then I checked out the gift shop (which was actually really cool and not overpriced). I had an hour before I had to meet my Aunt and Uncle up at E 15th Street. I walked by this place, Grilled Cheese, that had a grilled cheese and soup special for $8, so I had to stop in. You never know what you get when you just walk in – but this place was legit. I highly suggest you try it.
After fueling up, I walked up to the off-broadway Vinyard Theatre on E 15th. I was lucky to have weather that was still in the 70’s at 6:30pm, so the thirty minute walk felt wonderful.
Billy and Ray, directed by Garry Marshall (hello, Pretty Woman!!), was in previews at the Vineyard and my Aunt and Uncle were going with friends, so I tagged along. The show tells the tale of Billy Wilder and Raymond Chandler during the time they wrote the 1944 film Double Indemnity and the battle to get the film through the Hollywood censors.
I enjoyed the story line, it actually kept me interested (with my self-diagnosed ADD, that’s a pretty difficult task) and the writing was smart and humorous. In addition, the actors did a fabulous job portraying the characters (which is always a difficult task when playing people that actually existed).
After the show, Garry Marshall and playwright Mike Bencivenga held a Q&A. 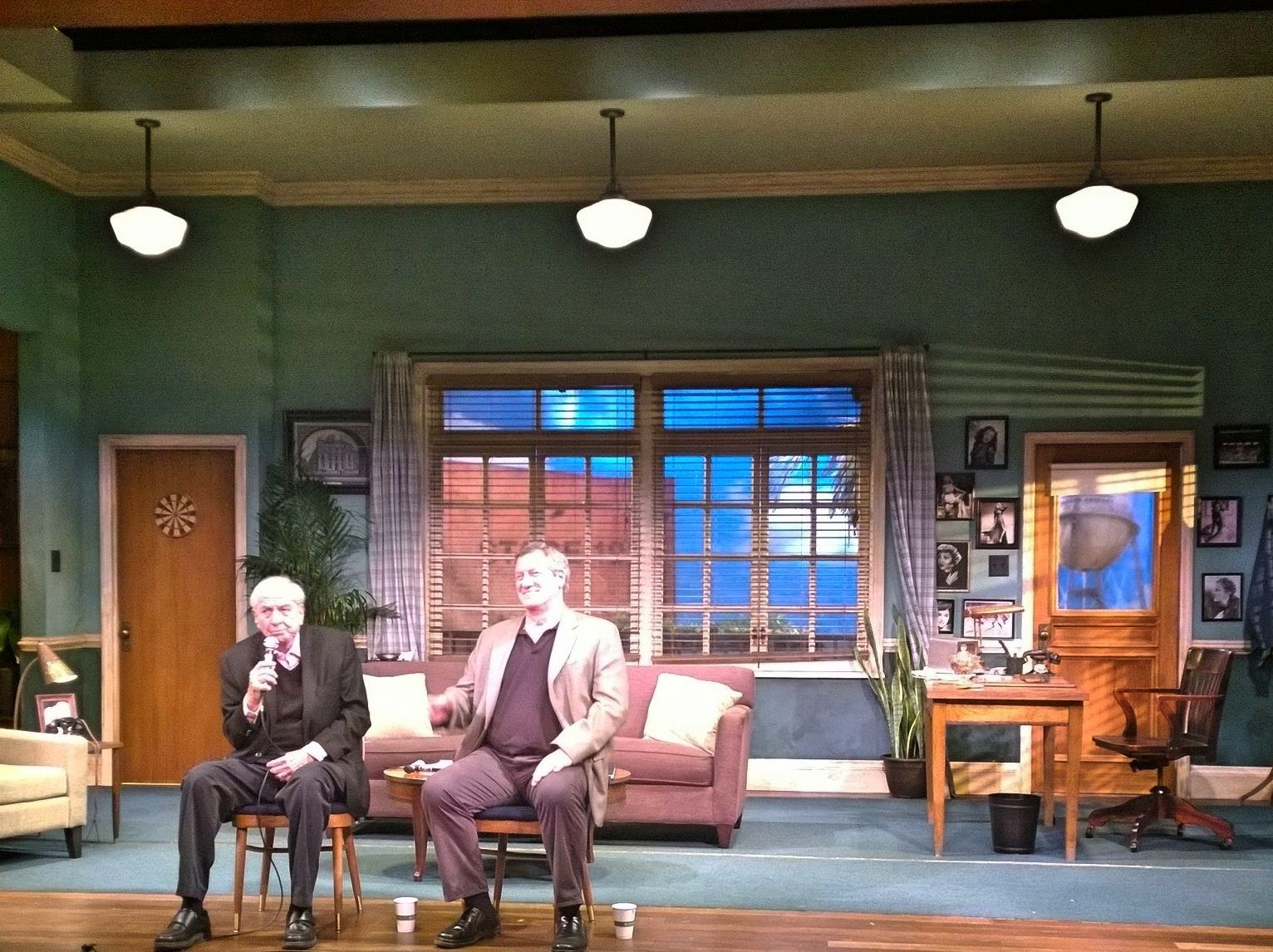 After dinner we walked across Union Square to Blue Water Grill. My dinner of trout, warm green salad and a side of cauliflower was delicious (sadly, no pictures as I didn’t want to be that girl with my Uncle’s friends at dinner). Plus, wine, lots of wine.
If you visit Blue Water Grill, bring a quarter just so you can use the updated to digital rotary payphones downstairs by the bathrooms. Or if you’re like me and only know your mom’s phone number, call mom. I’m sure she’d love to hear from you. 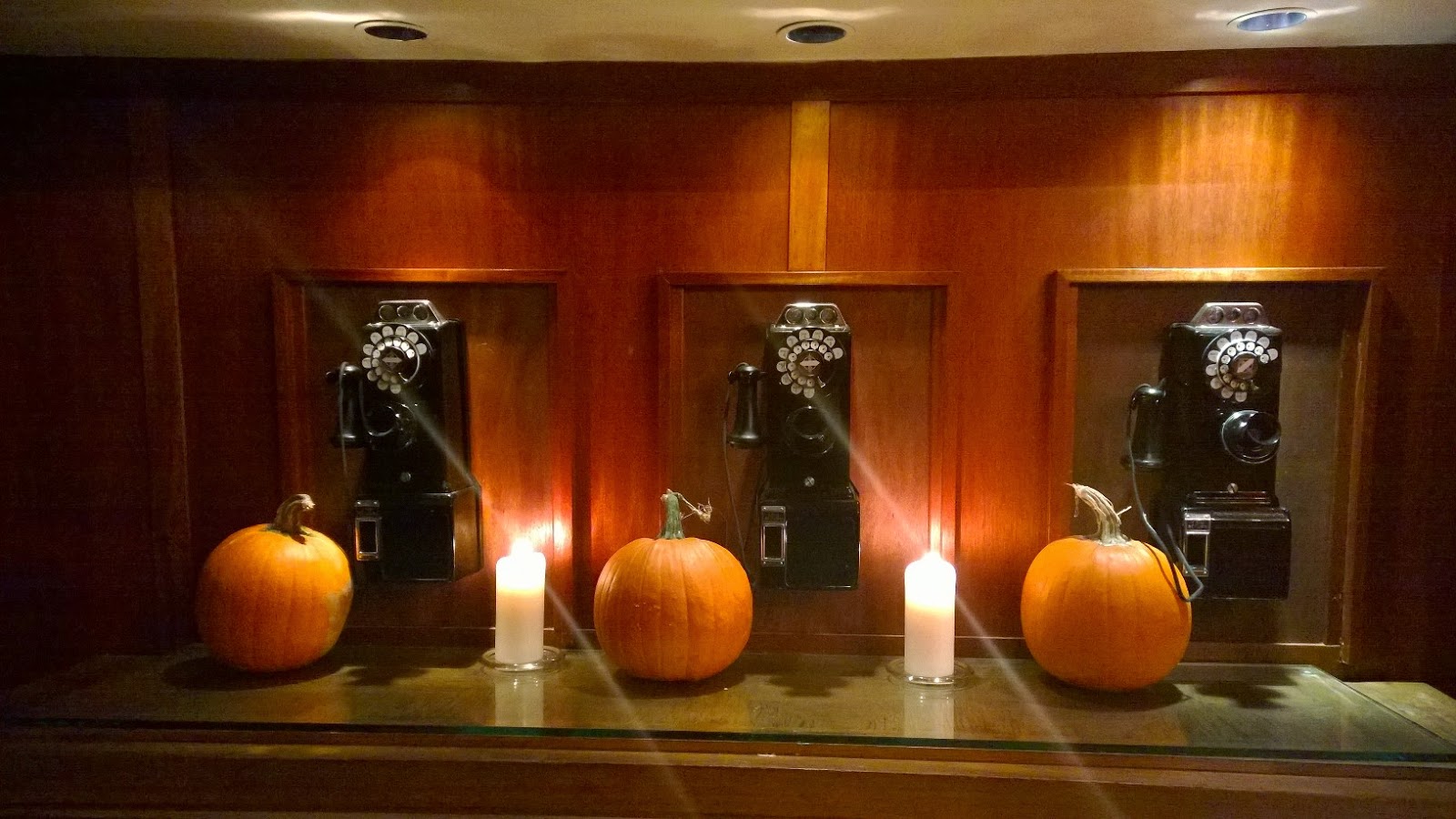 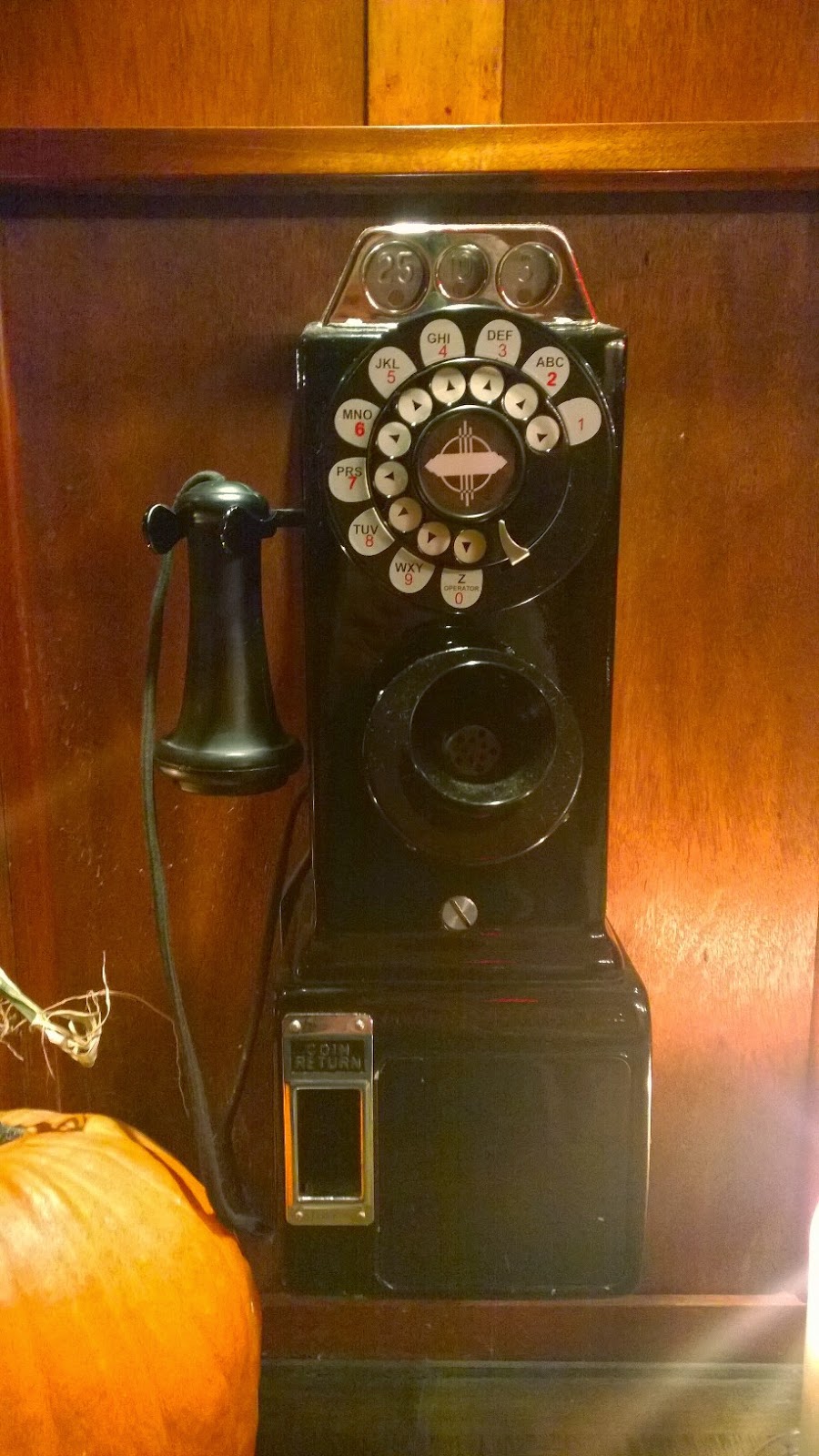 A few weeks ago, I got to meet up with a good frie

The Griffith Observatory in Los Angeles is home to

Have you ever short-term stored your RV while full

Sliding down the concrete slides at the @pismobeac