Today was a huge day! I met my cousin Rina (and her family) today!

Let me first give you a bit of background. My paternal grandfather’s parents and elder sister were born in Finland and later moved to the US, where my grandfather was born. When my grandfather was about 17, his parents and sister moved back to Finland (we’re still not really sure why) and left my grandfather here. This was about 1936 maybe 1937. As best as we can determine from letters and census information (look here for other censuses that you can check out at as well), he may have lived with his family friends the Helin’s (of Helin Tackle – if anyone out there that has read Charles Helin’s journals can confirm or deny this, I’d love to hear more!) before later joining the Air Force (which was still part of the Army at this time).

Fast forward to about a year ago and a half ago. I found letters with some last names, I poked around on Facebook and found someone that fit the last names, but I couldn’t tell if they were related. I’d cross reference people on Facebook with people on LinkedIn, but nothing seemed to match.

A few days later, I receive an email on LinkedIn, from a woman that lives in Turku, Finland and says she think we might have the same great grandfather. Fast forward again through many messages, emails, communications, Facebook likes, posts, etc. and we find out we’re both in NYC at the same time. Even better, we’re staying about 1 mile away from one another. So, we made a plan to meet for breakfast.

I arrived at Stacks first (it said it was good for groups and was in between both places) and saw Rina and her family walk into the restaurant. I was holding it together pretty well, but Rina teared up first and then I lost it. We hugged one another for a few minutes and both were crying.

I also was lucky enough to meet Rina’s husband and two children. They are absolutely wonderful. The whole experience was amazing and I was completely overcome with emotion, in the most indescribable way. Essentially, there’s just something about family.

After breakfast, we parted ways and I promised to come visit Finland next summer. Then I went back to my Uncle’s apartment to get more work done (surprise, surprise!) before we went on adventures.

I borrowed my aunt’s bike and we rode about 7.5 miles along the Hudson River from my uncle’s place to Liberty State Park. It was a fairly easy ride; flat and mostly along a bike path. I did however joke with my uncle that I can only ride bikes with people that are 60+ years old because I cannot keep up, but at twice my age, my uncle smoked me on a bicycle.
We arrived at the Liberty State Park Ferry a little early, so we decided to get a quick beer nearby at Liberty House. The beer selection left something to be desired, but the grounds and the restaurant seemed like a very cool space.
Finally it was on to the Ferry, headed to Ellis Island. Unfortunately, Hurricane Sandy did a number on the HVAC system at Ellis Island, so many exhibits are being held in climate controlled storage. It’s still really special to be in the same spot where so many of my relatives and 12 million other immigrants stood, waiting for new opportunities and a new world.

After Ellis Island, you can take a ferry to Liberty Island – and see the Statue of Liberty up close. Tickets to go up were sold out (I hear you need to purchase a good 24 hours before your trip) but my uncle and I just walked around the perimeter a few times, and I was able to snap a few quick pics. 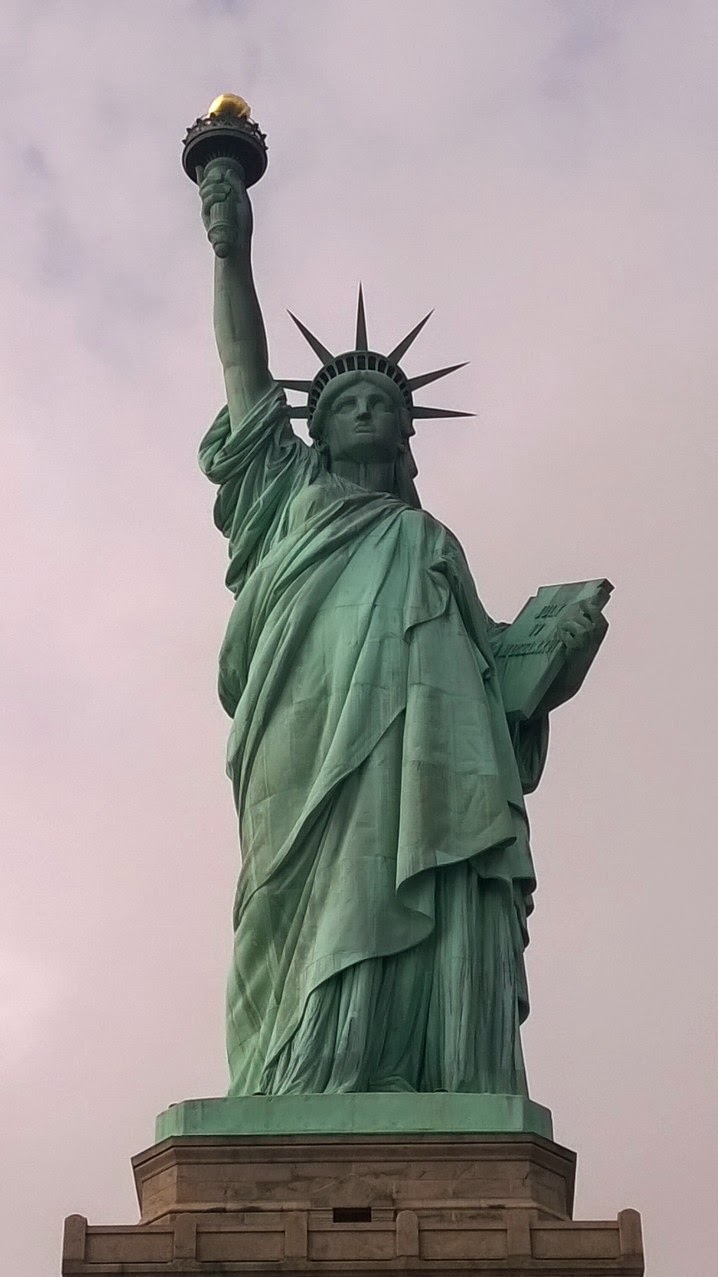 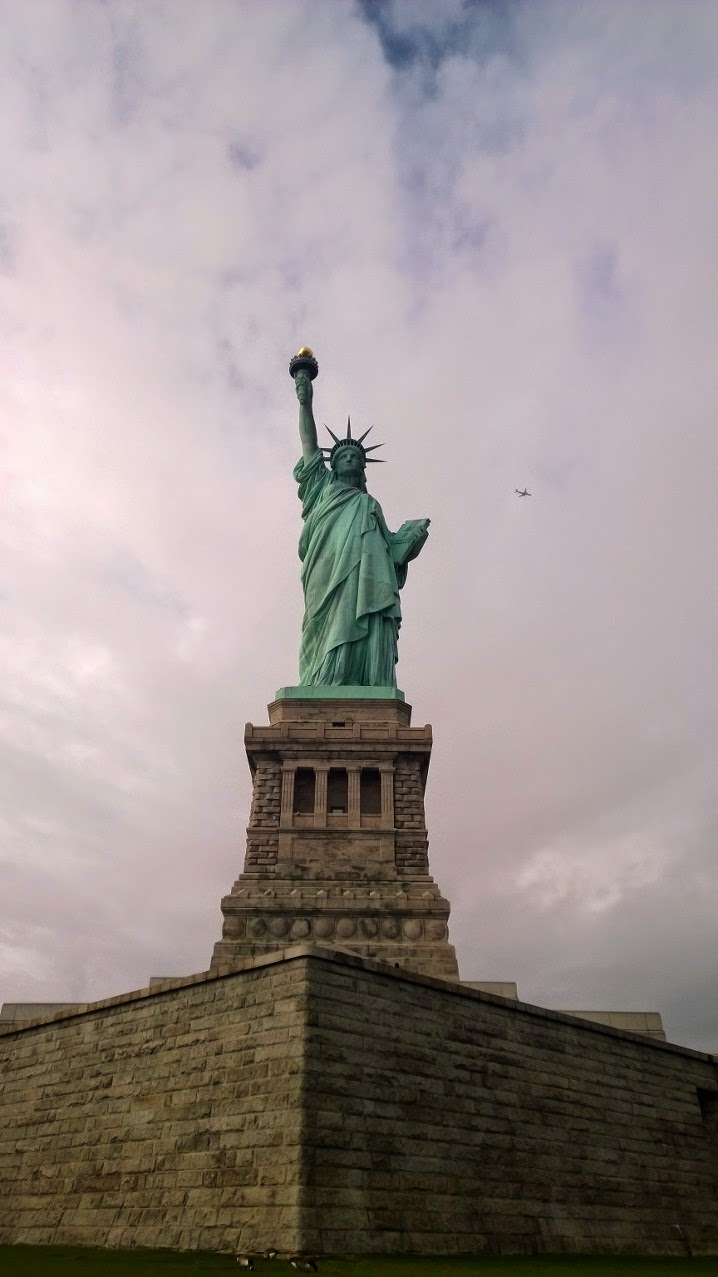 Then it was back to New Jersey, where we had to hustle home to beat the rain (we made it with about 1 minute to spare), I had to get some more work done, and we had a fabulous homemade dinner (made by my aunt) waiting for us.

But not without snapping a few more pics… 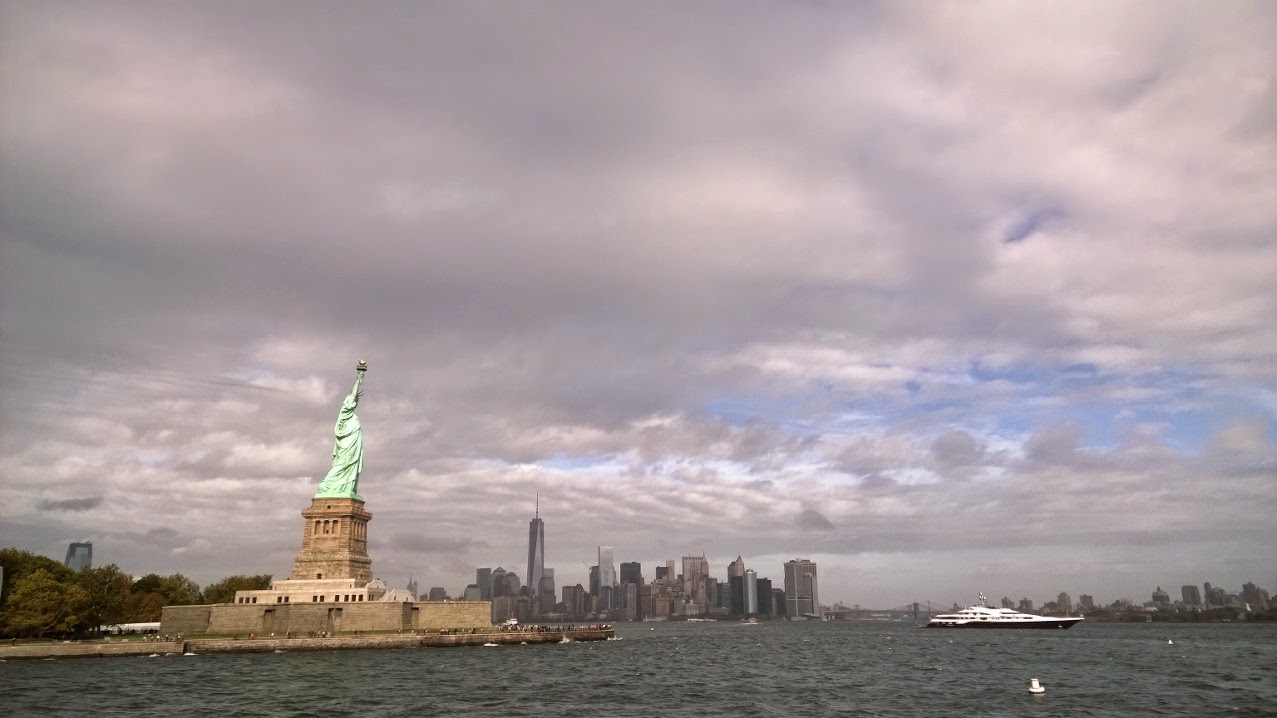 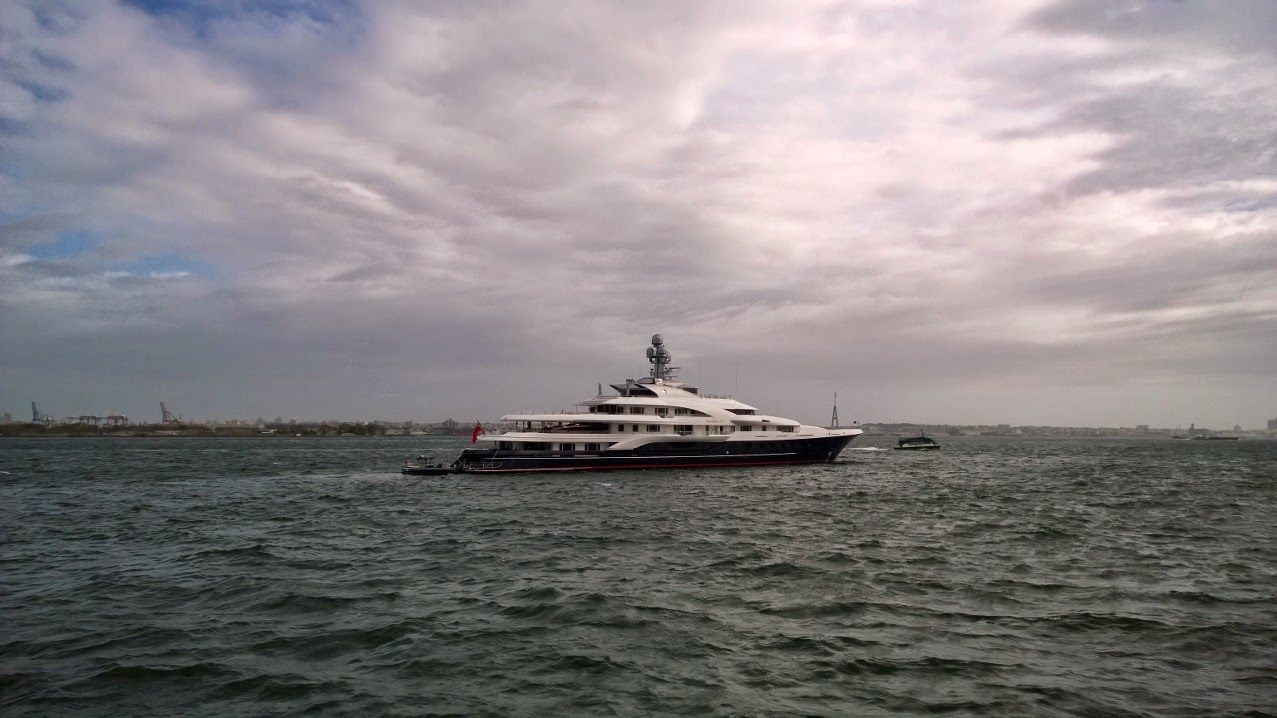