I arrived safely in Phoenix (where it was so warm!) and went straight to the mall to help set up (even though I was absolutely exhausted). After set up went to our hotel, The Hilton Phoenix Chandler, to catch a few hours of shut eye before going back to set up around 5:30. Just as I got to the parking lot, I looked up to an absolutely beautiful Arizona sky. 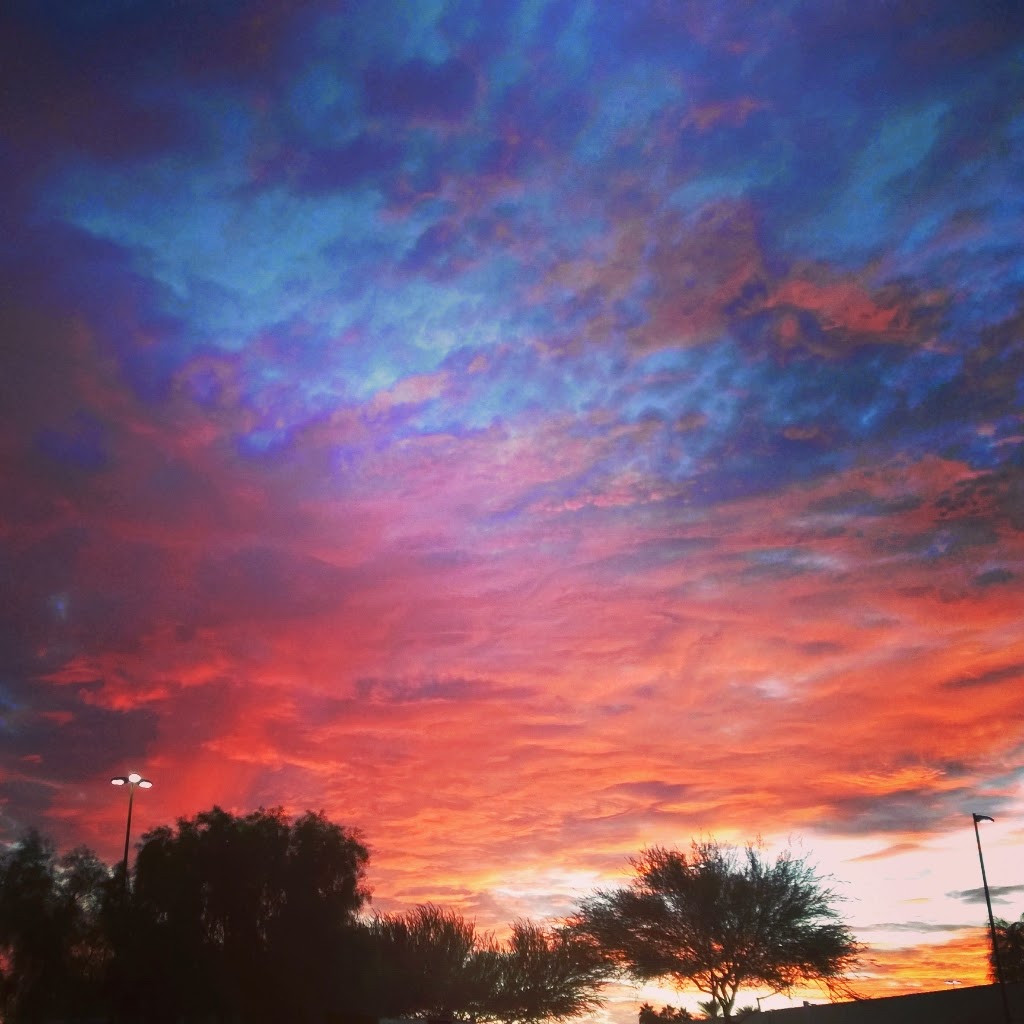 After setting up, one of my co-workers Tommy and I decided to venture out and find a non-chain restaurant. One thing we noticed in the Phoenix/Chandler area is you can’t really count on review sites. Places like Del Taco had the same high reviews as the high-end steakhouse down the road.
Tommy and I found a great little tapas/gastropub called Earnest. It was located in a strip mall, but had outdoor seating near a fountain. We were good with that.
We started out with a local beer, suggested to us by our waiter, called Mr. Pineapple by SanTan Brewing Company (which was located just a few miles away). It was actually a really good pale wheat ale, that tasted like pineapple. Plus the can was awesome. 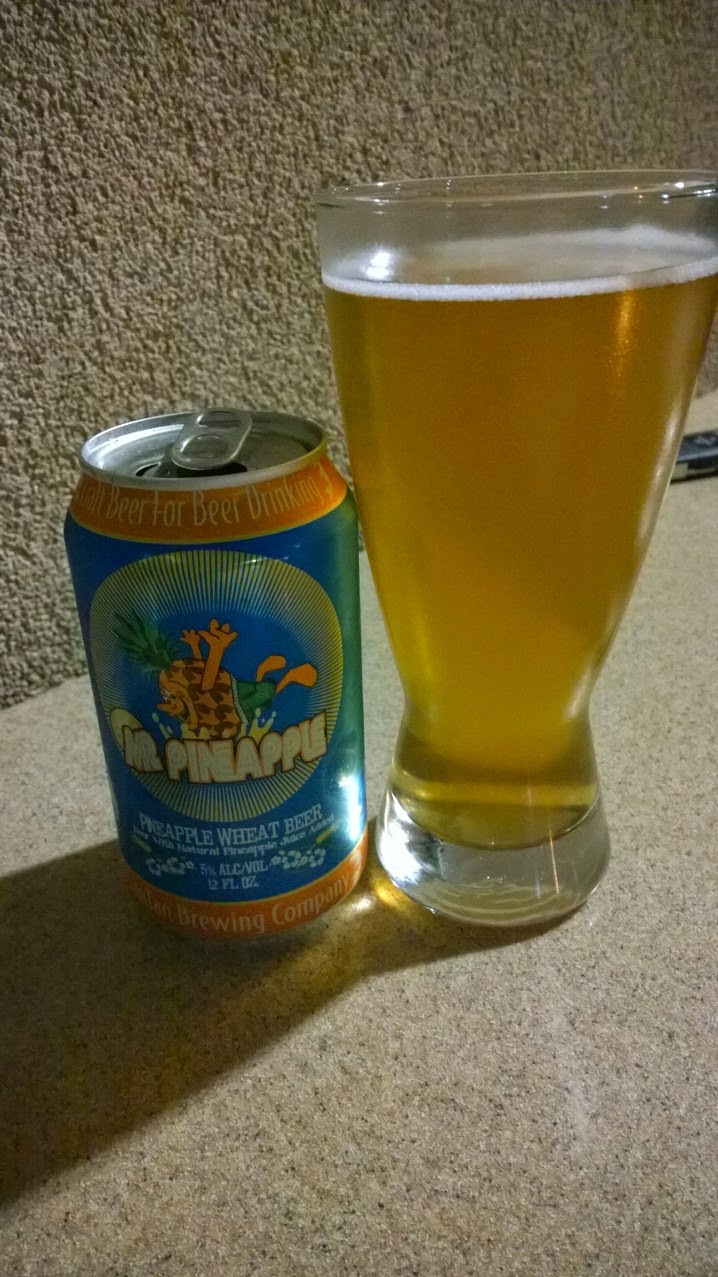 For an appetizer, we had the foie gras, which changes daily. I can’t remember what this type was, other than delicious. It was served with a chutney and bread, and it melted in my mouth like butter. 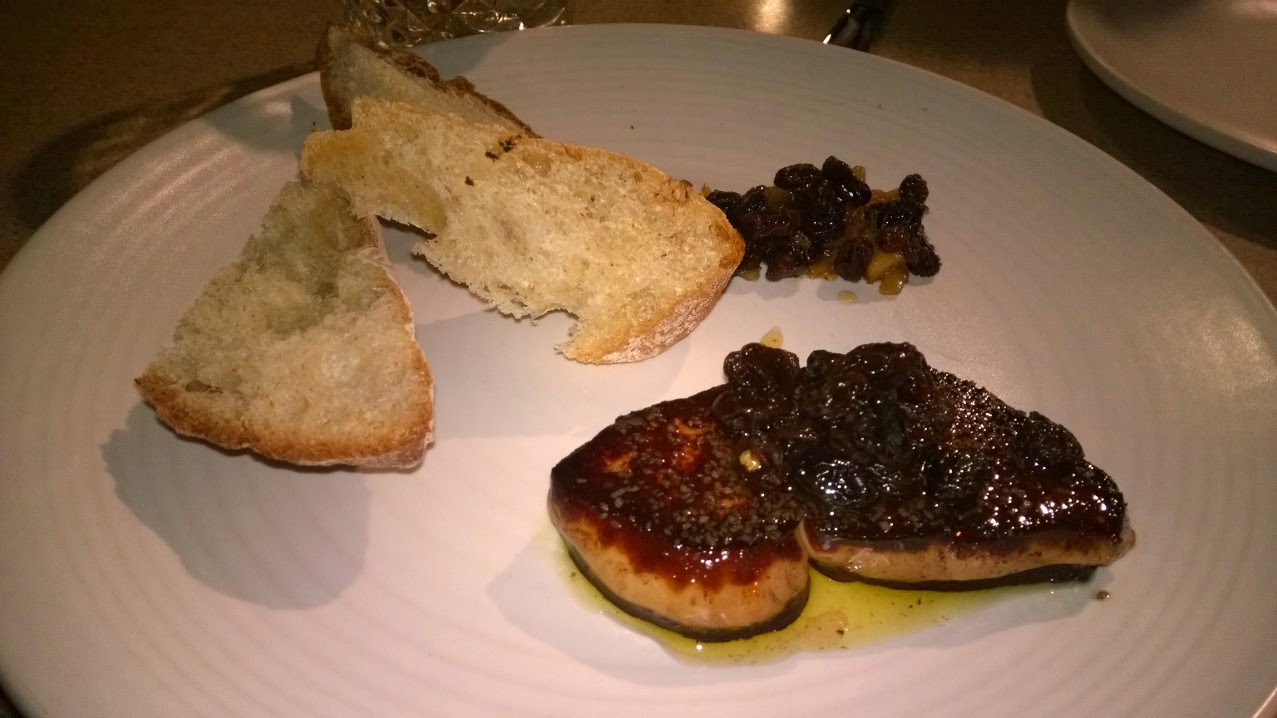 We then split a few other dishes. The pictures are super dark, but we had the braised short ribs and the bbq pork belly. Both dishes were absolutely phenomenal. Also, the prices of each dish were very reasonable. 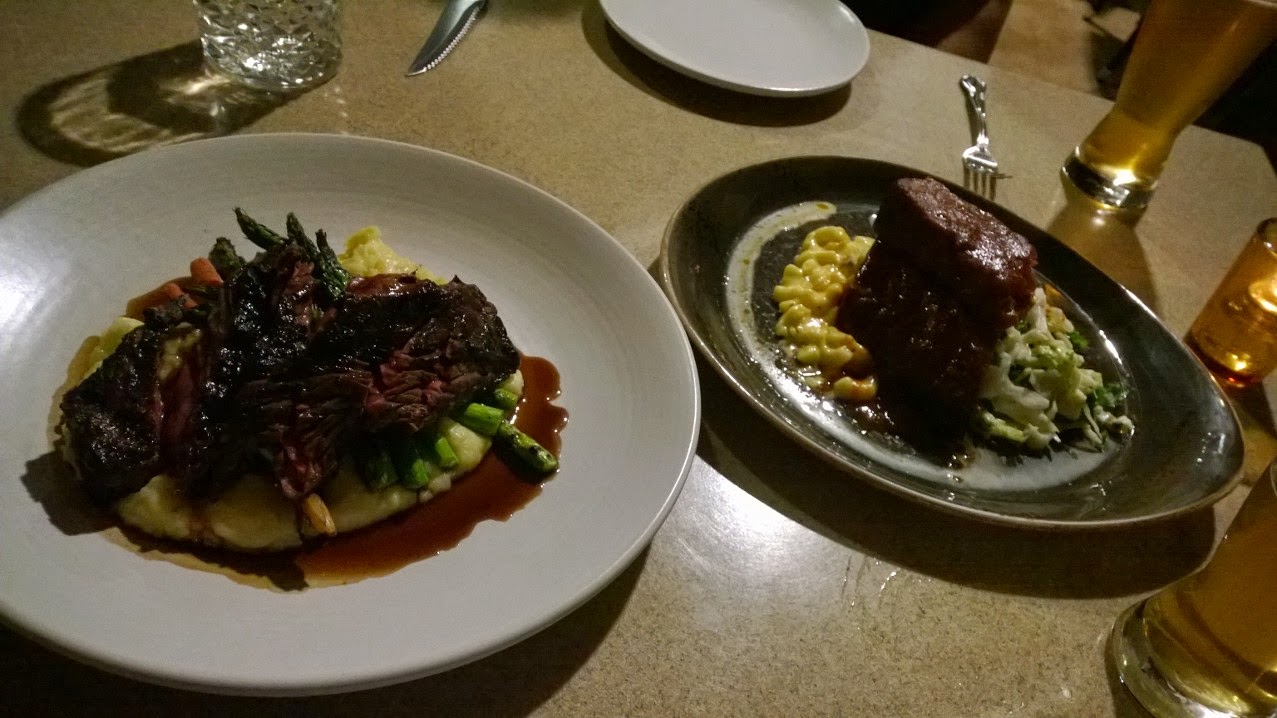 After dinner we shared a quick beer at the hotel lounge (another SanTan on tap) then it was time for bed, as I had a big day ahead of me on Saturday.
My friend from Michigan, Kai, who now (kind of, sometimes) lives in Phoenix came out to the show with some of his friends. I don’t get to see Kai very often, and it’s always a super fun time whenever we get to hang out. Plus, the best part of my job is being able to see new places and old friends – at the same time. 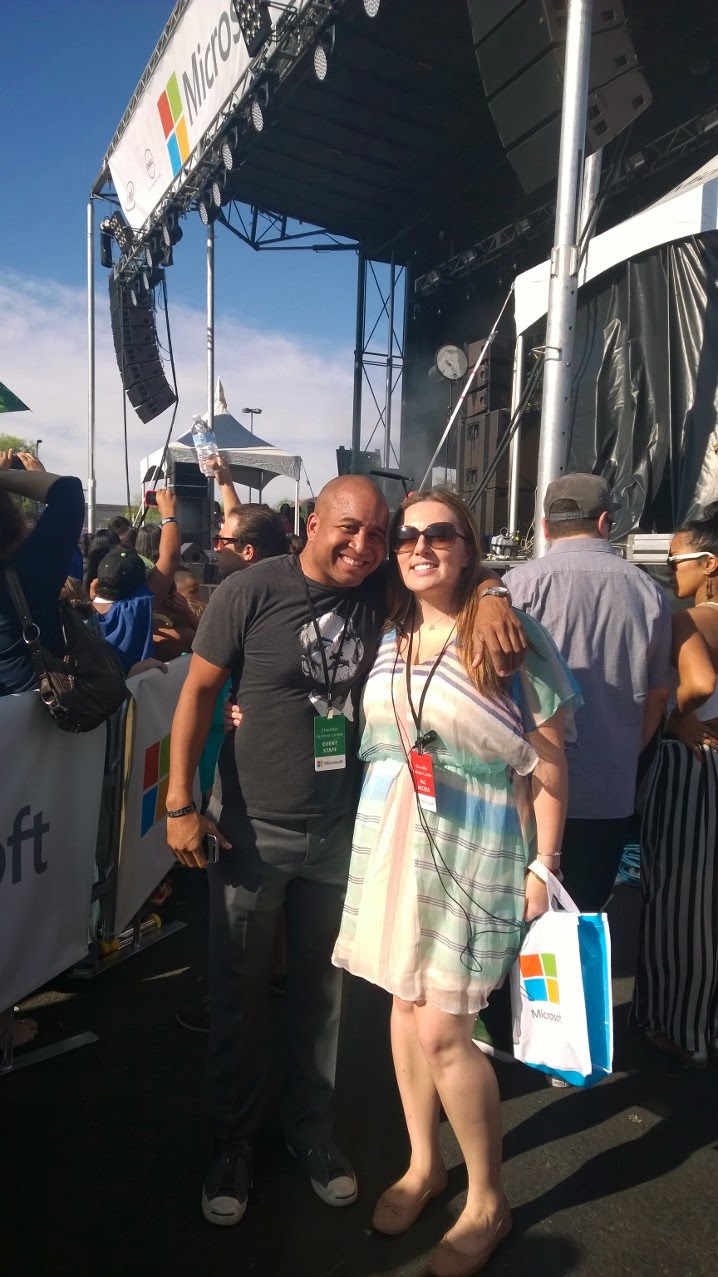 And then, Macklemore and Ryan Lewis… 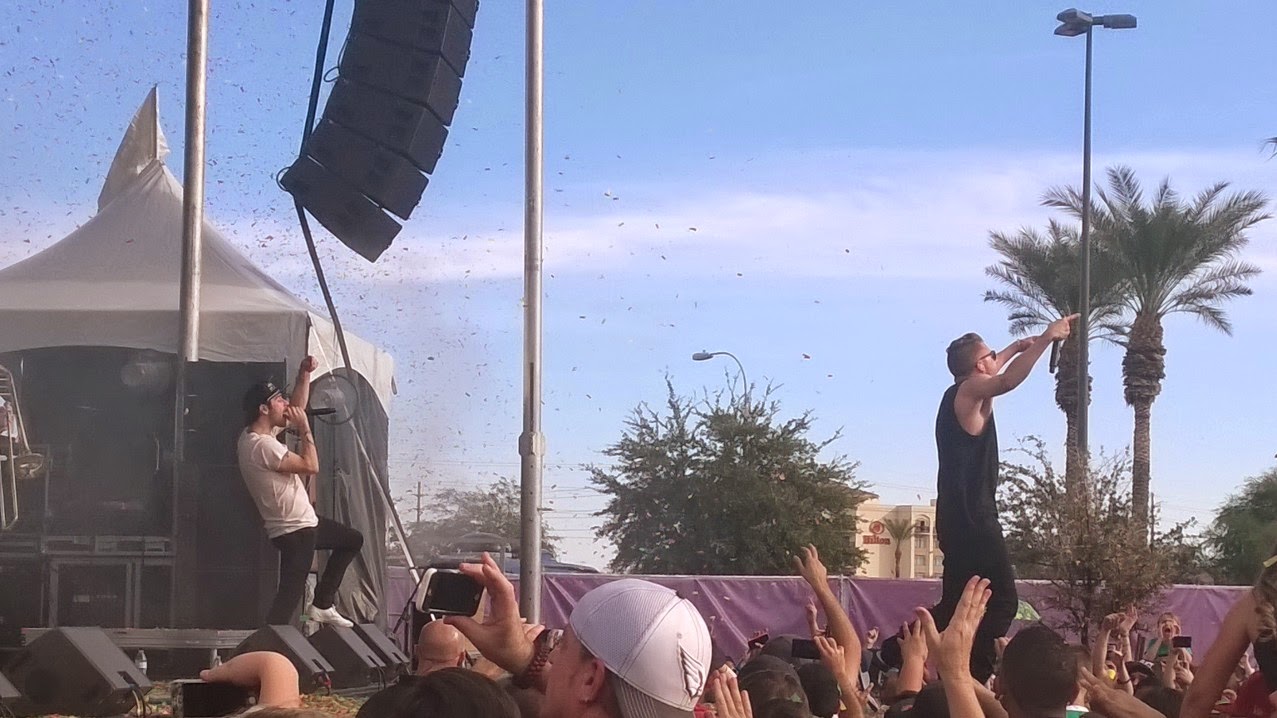 This show was an early one, which means it ended early. I grabbed a quick salad at Kona Grill with my co-workers, before going back to finish cleaning up, then going back to the hotel for a much needed shower. 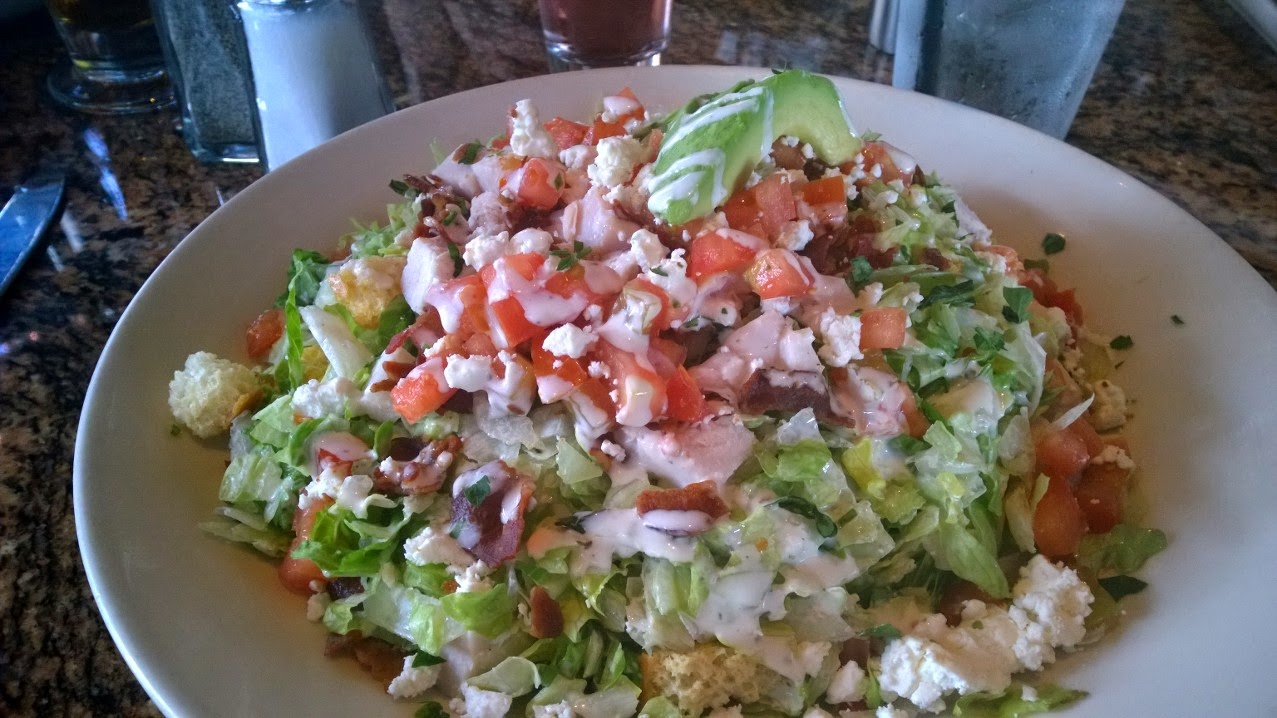 I drove to Kai’s house, which was about 25 minutes from my hotel. Then we went to The Gladly (last time we were in town, he took me to their sister restaurant Citizen Public House). I loved The Gladly. Their layout was cozy but not crowded, they have a huge patio (it was a bit too chilly to sit outside), and very knowledgeable staff. Additionally, they have a famous chopped salad, that boasts it’s own Facebook page. Seriously.
We started with the smoked mozzarella fondue. It was served with pear, bread, and pork butt. Oh wow, was this amazing. Dipping pork butt in smoked mozzarella may be one of my new favorite eats. 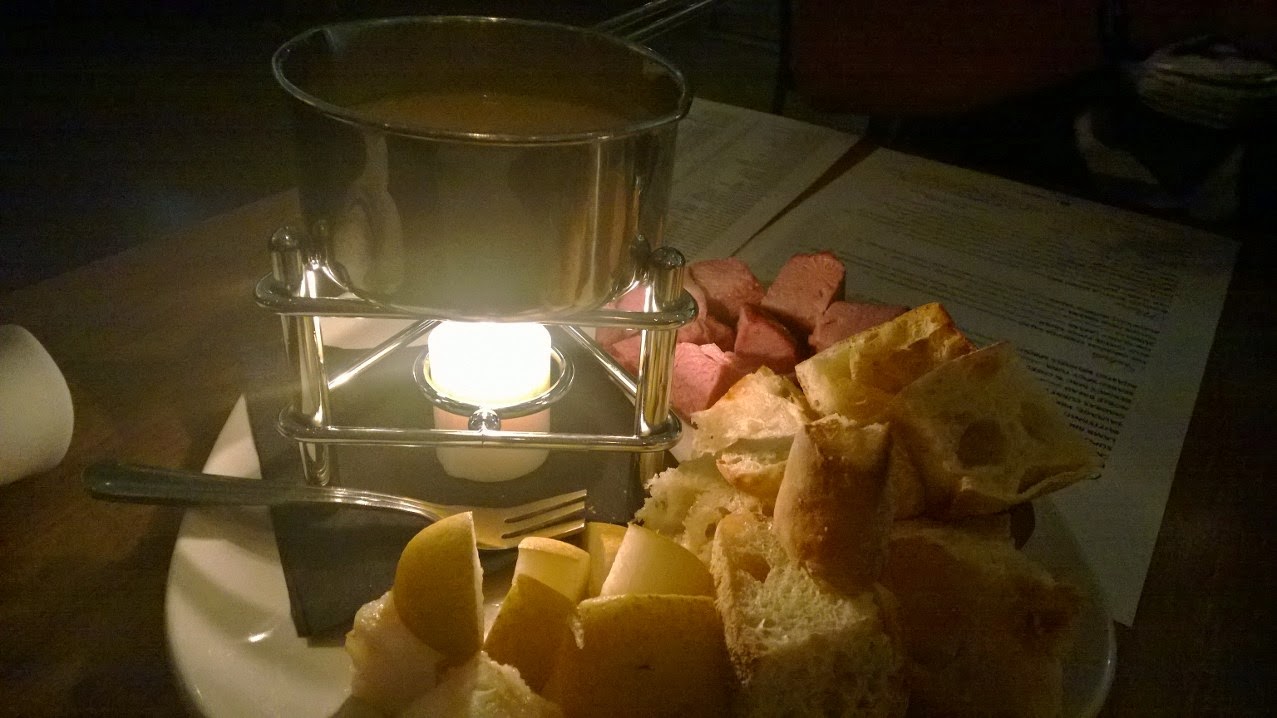 I ordered a cocktail after I had a little food in my stomach. There were so many amazing choices, but I settled on the Conflagration Nation. Now this was a drink. Here’s the description: Angel’s Envy rye whiskey, Bulleit 10 year Bourbon, Amaro Nardini, Sandeman Reserve Ruby Port, Calvados, mint simple syrup, tobacco smoke, ice cube. It’s the type of drink shows new notes as the ice melts, and it was amazing. 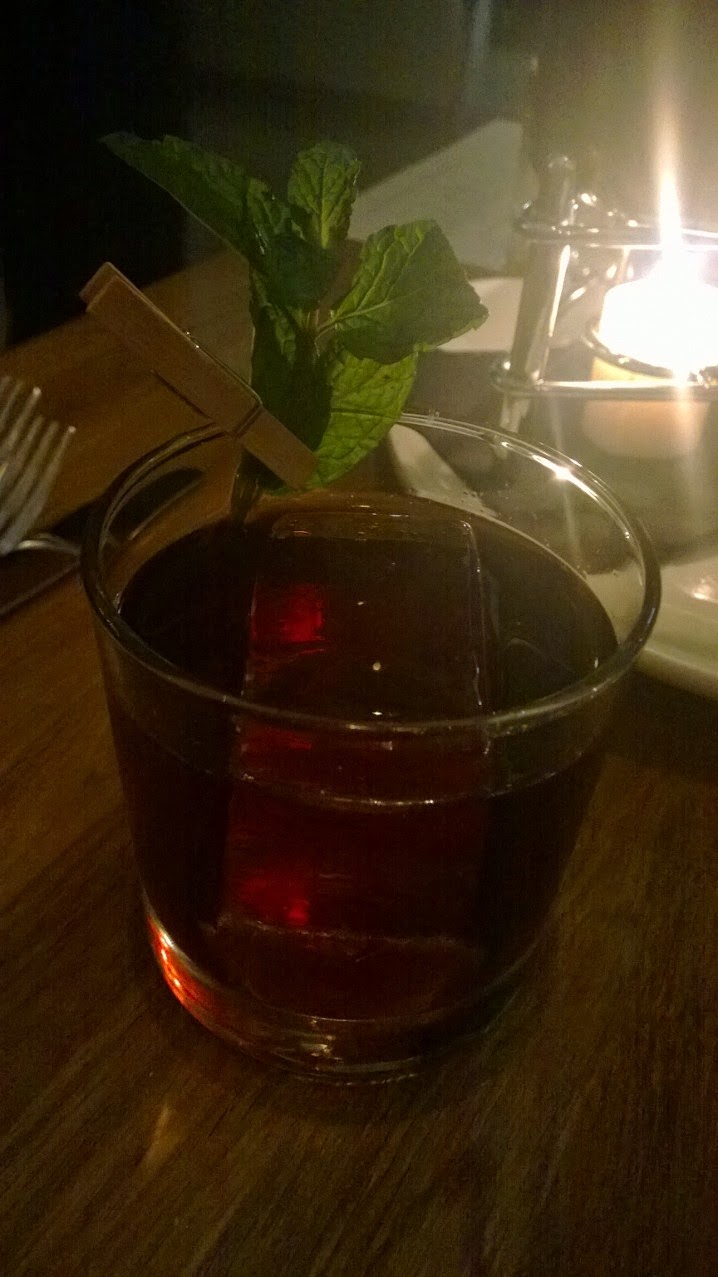 Now it was time for the main  course. I ordered the special, which was kind of like Thanksgiving on a plate. Turkey breast covered in pork belly, with a cranberry sauce and stuffing type of muffins on the side. I love Thanksgiving food, and this hit the spot. It was a huge dish, too, and I couldn’t finish it. 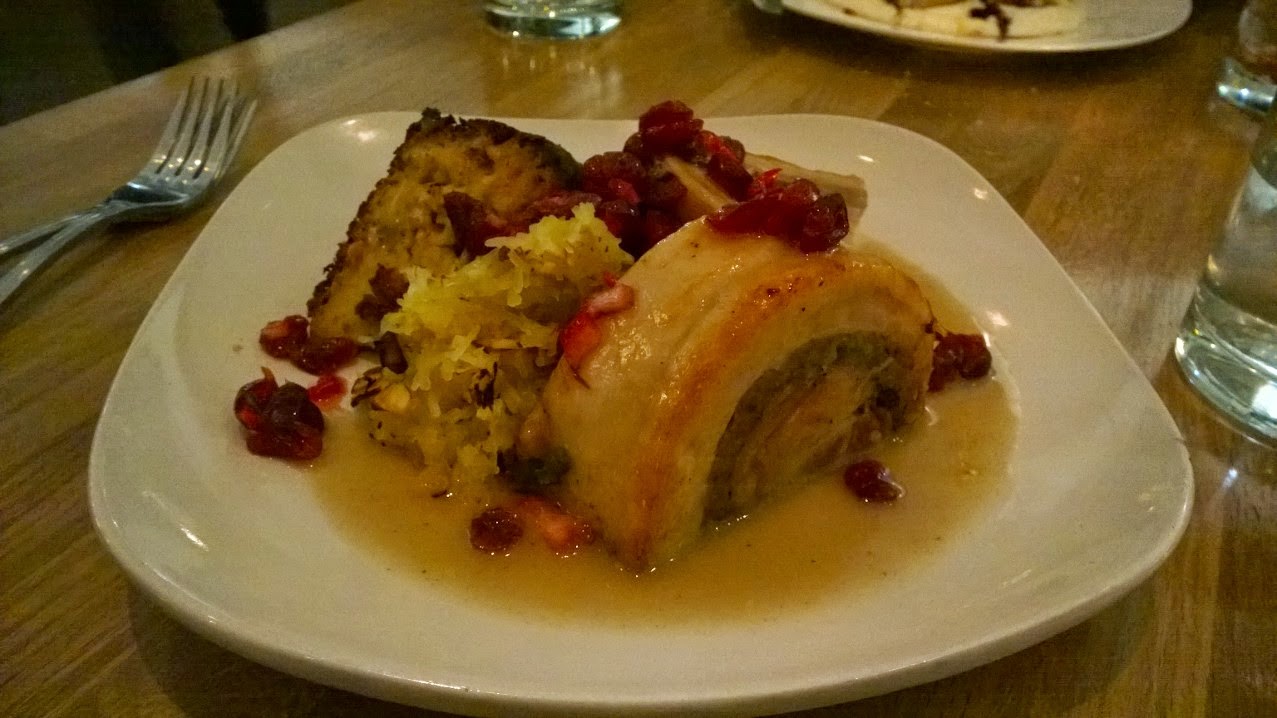 I was exhausted from my day, and I knew I needed energy for the following day’s events, so I went to bed early.

The next morning I woke up, had breakfast at the hotel, packed up and met Kai at the airport so I could return my rental car and check my bag early (I figured it would save time on the back end). Then we drove to University of Phoenix stadium, where the Detroit Lions were taking on the Arizona Cardinals!

After we parked (which we did some shady negotiations to do, as we didn’t have a parking pass), we walked to meet Kai’s friends at their parking lot for some pre-game tailgating. Kai’s friends know how to tailgate as they had lamb burgers (with fancy cheese and tzatziki sauce, too.), among other goodies. We also became buddies with one of the security guards, as he was telling us stories from when he was younger (and they were super interesting). 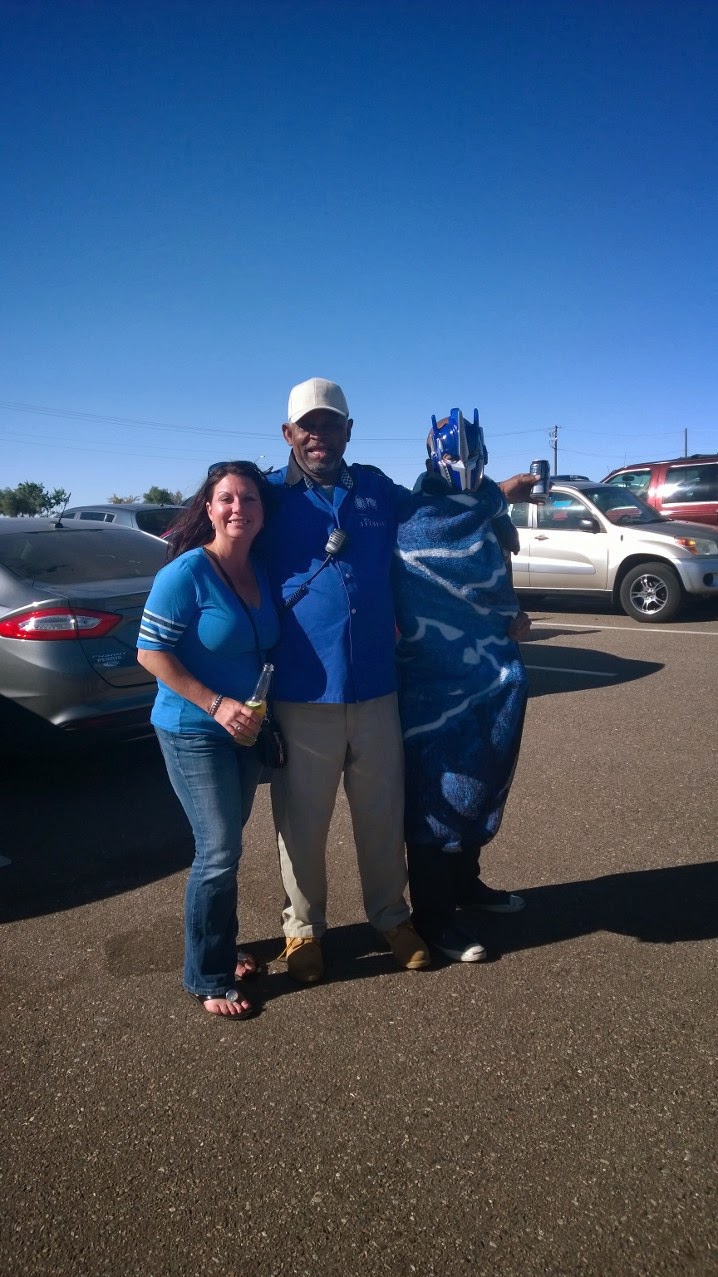 Getting into the stadium took some time. I’m not sure if they don’t have enough entrances, or security, or what not… but it seriously took us about 30 minutes to get into the stadium. If you’re going here for the Super Bowl, prepare for crazy wait times. 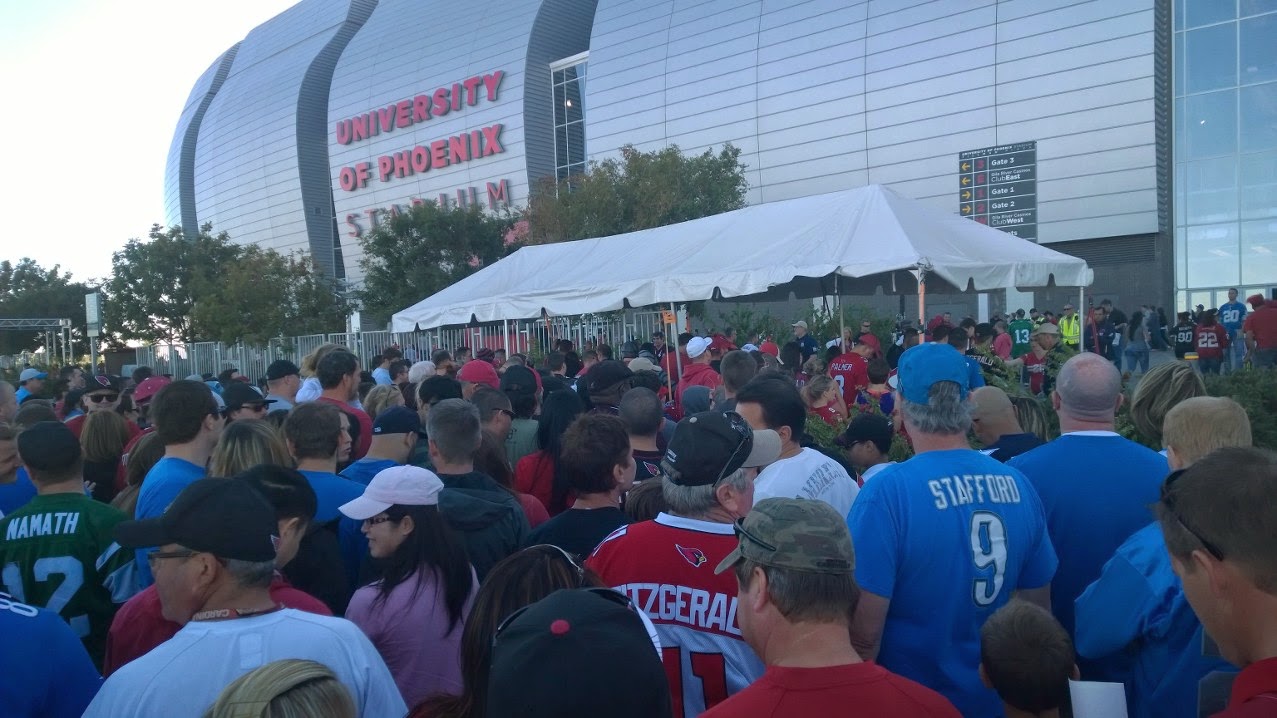 But once inside… we had some pretty great seats. 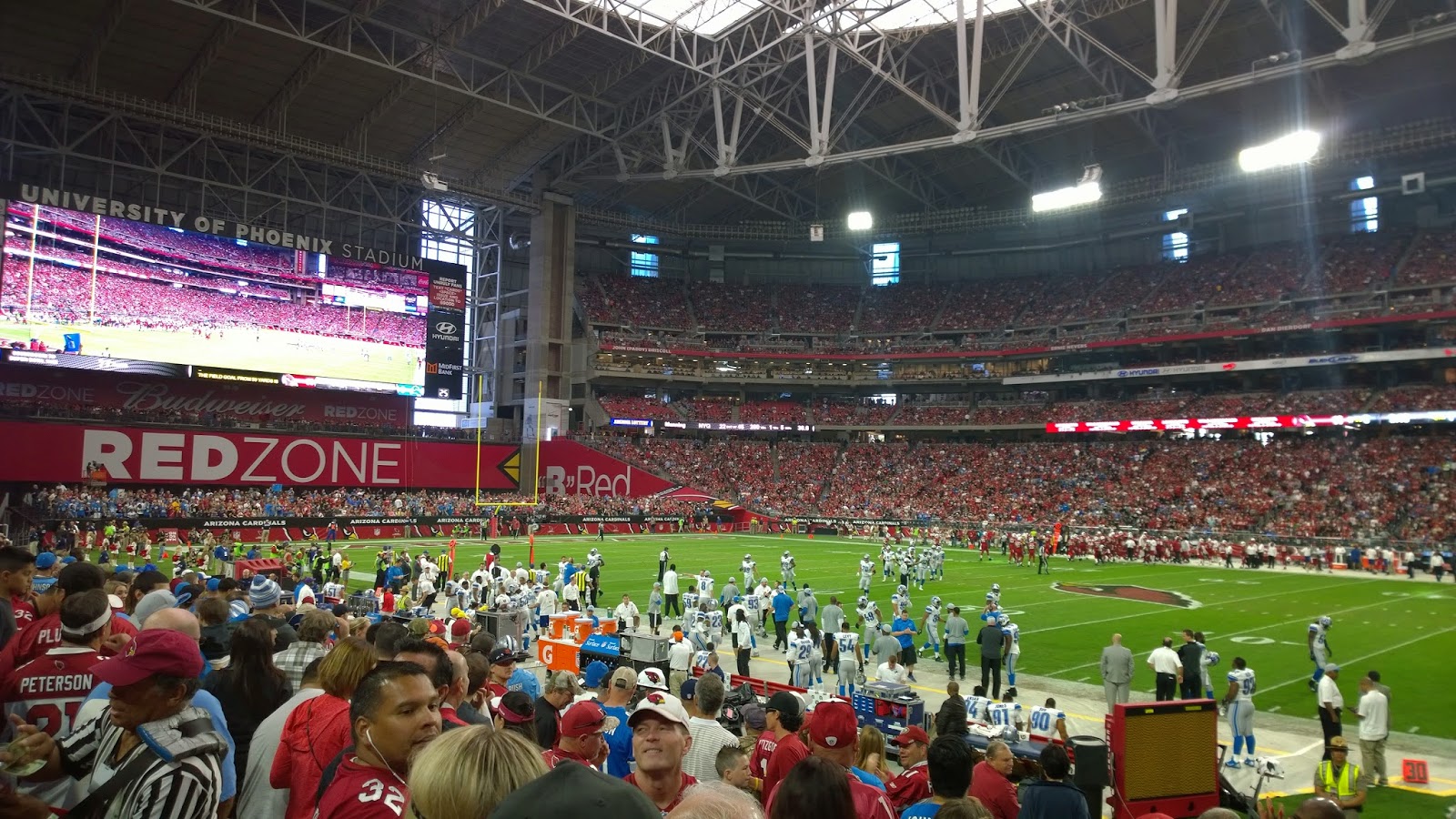 Sadly, the Lions didn’t win, but we still had a really good time (even though the Cardinals fans we encountered were pretty lame). Also, yes, Kai knows this is an Optimus Prime mask, but the Megatron mask was not available, so he felt like it was a good second choice and not many people would notice (he was correct, most didn’t…). 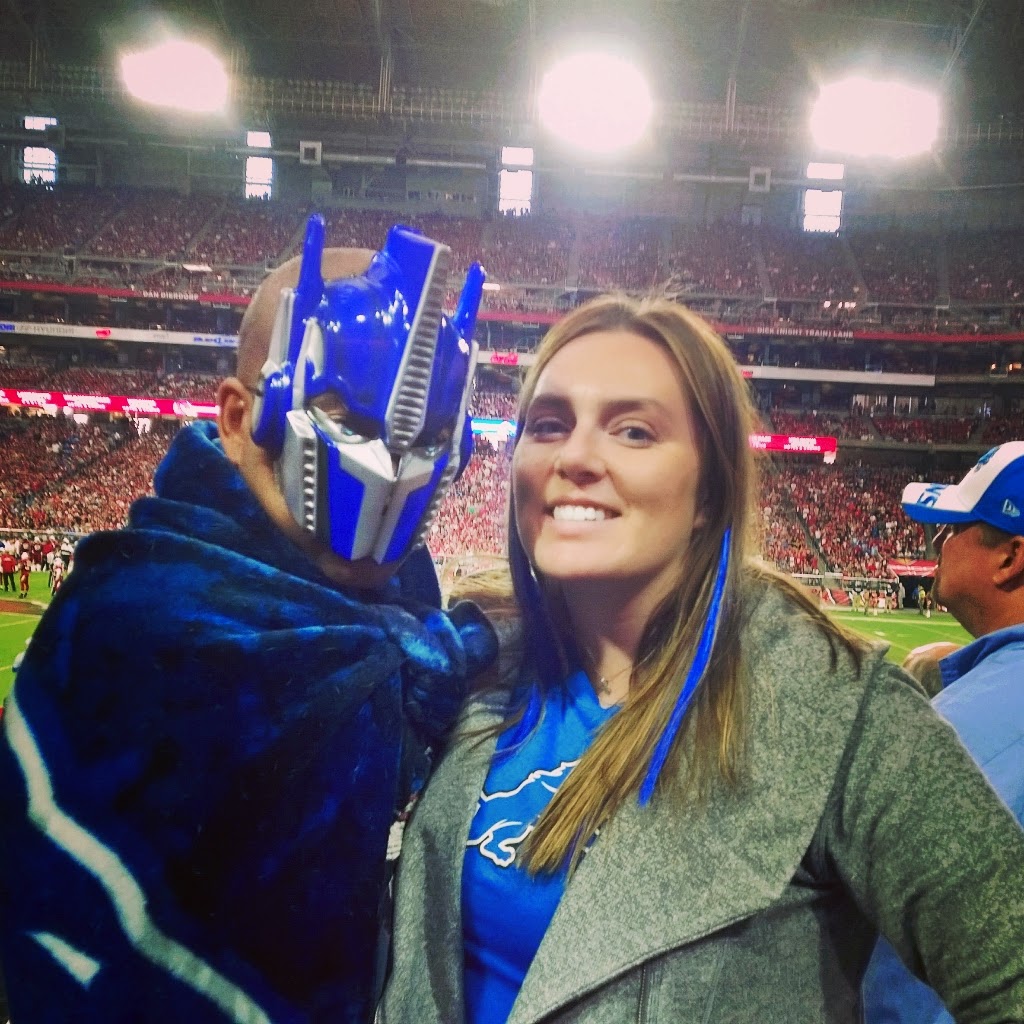 After the game, we raced to the airport as I had to fly home (I needed my 30 hours at home before I left for Toronto).

Funny story, however. I was in first class on my flight from PHX to SLC and sat next to this guy. He was cute, and super nice, and we got into some deep talks almost immediately. We first started talking about why I was wearing blue hair extensions, and how I had just come from game, as had he. We talked about our families, friends, the travel life. He kind of mentioned his mom and sisters were pressuring him to get married, and we talked about our weird dating experiences, etc. We totally hit it off on the plane, and exchanged contact info. Then he walked me to my next gate, and we hugged goodbye.

Then, when I was at my next gate trying to change my seat, I turned around from the counter and there he was again. I felt like I was in some Rom-Com movie. He said something to the effect that this never happens, where he clicks with someone like this, and he wanted to exchanged phone numbers and not just emails. So we did. And said goodbye again, and hugged.

Unfortunately, as this is often the case, as soon as I googled him, and it turns out that he may have not been the most honest person. He has a unique name, and the very first result was a baby registry site. Another search of his name + his wife’s name lead to very very recent Instagram pictures of the “happy couple” and baby.

Also, veering back to being on track with the travel part of my blog, the SLC airport has these little fish bowls where you can smoke. I get it, if you need a cigarette, you need one and the airport is accommodating to you, but it’s just a funny fishbowl type of cage. 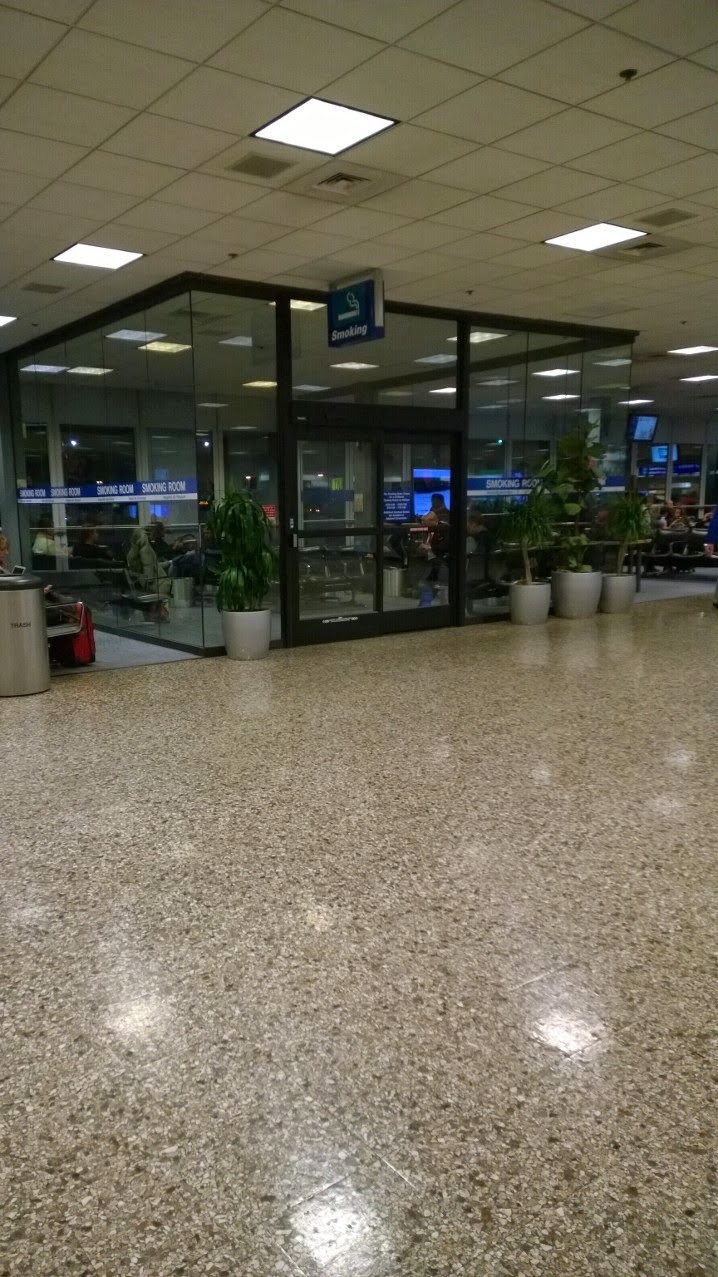