After I had a wonderful 12 hours of sleep, I woke up early and checked the weather. It didn’t look good. And the Nor’Easter, well, it arrived. 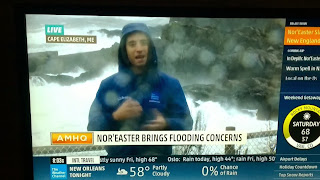 I braved the weather and went to check out Hot Suppa for breakfast. It’s in the West End, which is totally within walking distance to my hotel, but it was pouring so I drove. Hot Suppa is located in an old Victorian that was built in the late 1800’s. Because I was awake so early, parking on the street was free – bonus.

The breakfast menu had a lot of good options, but I went for the French style made to order omelette with a side of bacon and hash browns, along with raisin toast. It was all really good and I appreciate any restaurant that will make a French style omelette. Hot Suppa also had a full bar (open all day) as well as an espresso bar. I was driving today, so I didn’t indulge, but they had a few cocktails on their menu that looked delicious. 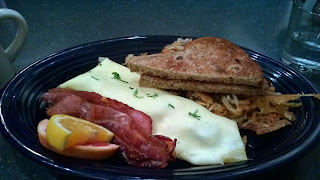 The West End is known for its architecture and Victorian era mansions. I wanted to explore West End a little, but that Nor’Easter derailed my plans. Instead I went back to the hotel to write for a little bit and watch the storm. 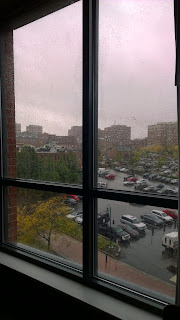 After packing up and checking out of the Courtyard, I ventured out for lunch. The rain had let up a little, so I figured I’d take my chances walking. So, I headed a few blocks away to Central Provisions to grab a few bites.

Walking into Central Provisions, I immediately loved the atmosphere. First, it’s in a historic brick building that has a great story (you can read it here) and when you walk in, you are immediately inundated with the amazing scents. It’s a mix of what’s cooking in the open kitchen, and the rich wood that makes up every surface. Additionally, the bar stool seats were covered in burlap, which I thought was a great design touch.

While their cocktail list looked great, I was going alcohol free today and ordered a pomegranate house soda. It was deliciously refreshing. 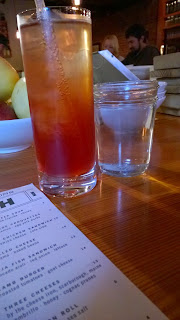 I loved the open kitchen concept and was watching the food being prepared and come off the line. The salads looked especially amazing. 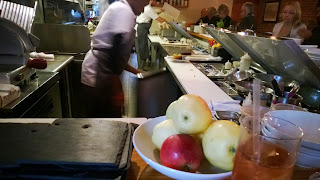 I knew I was going to try just a few dishes, and started with the Lobster Toast, which was so amazing. It was a lobster sandwich, deep fried and served with a coconut curry sauce and a side of cilantro and ginger. I was getting my fix of Maine lobster, and this was such a different version of lobster than I’d typically order. It was different to see the live maine lobster in tanks, but it didn’t put me off. I’m not a huge sauce fan, and yet I totally dipped this fried sandwich in the coconut curry sauce. 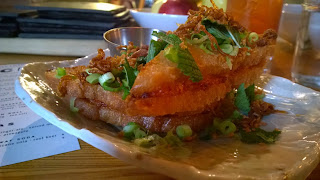 Next up was the Arancini. I mean, fried rice balls with jamon, spicy tomato and fontina? Well, it was as good as it looks. They were cooked perfectly, too. 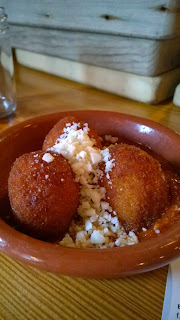 The rain stopped again and I wanted to check out one more place nearby, Walter’s. Walter’s was totally the type of place I’d go with my parents, or maybe a wine business lunch, if that makes sense. However, I ordered the fish tacos with local haddock they were really good. 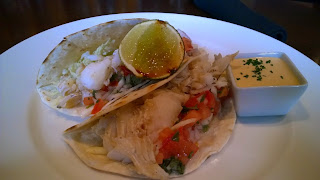 And while I was in Walter’s, it started pouring again. And this wasn’t like just rain, it was pelting, sideways, ridiculously huge raindrops. And this is what I looked like after walking 5 blocks. 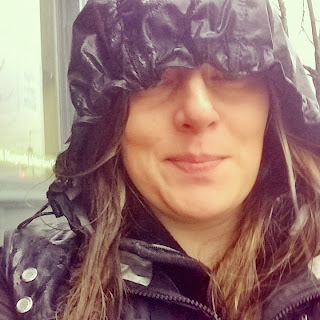 I went back to the hotel and grabbed my bags and car, and headed to the airport early, because I noticed that a lot of the flights in the Eastern Seaboard were majorly delayed and I needed to be in Buffalo that night. Thankfully, Delta was able to switch my flights around and I was into Buffalo on time. Next up… Buffalo wings! 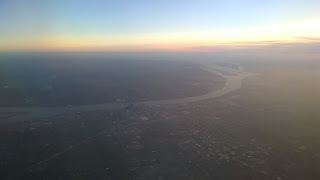