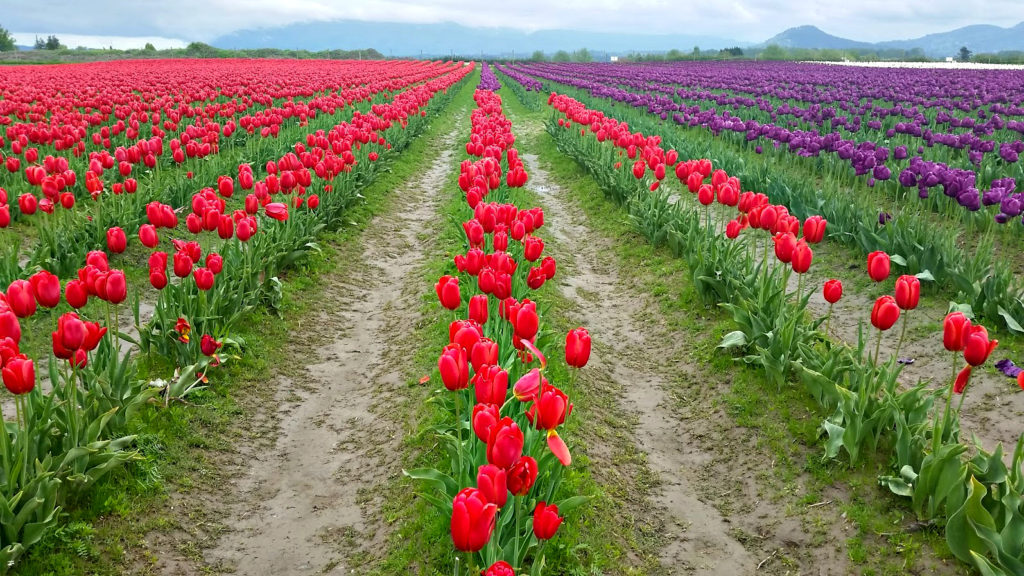 Due to our warmer than usual weather here in the Pacific Northwest, the tulips bloomed a bit sooner than usual. So, Chad and I decided to take a Friday and head up north to explore a bit. 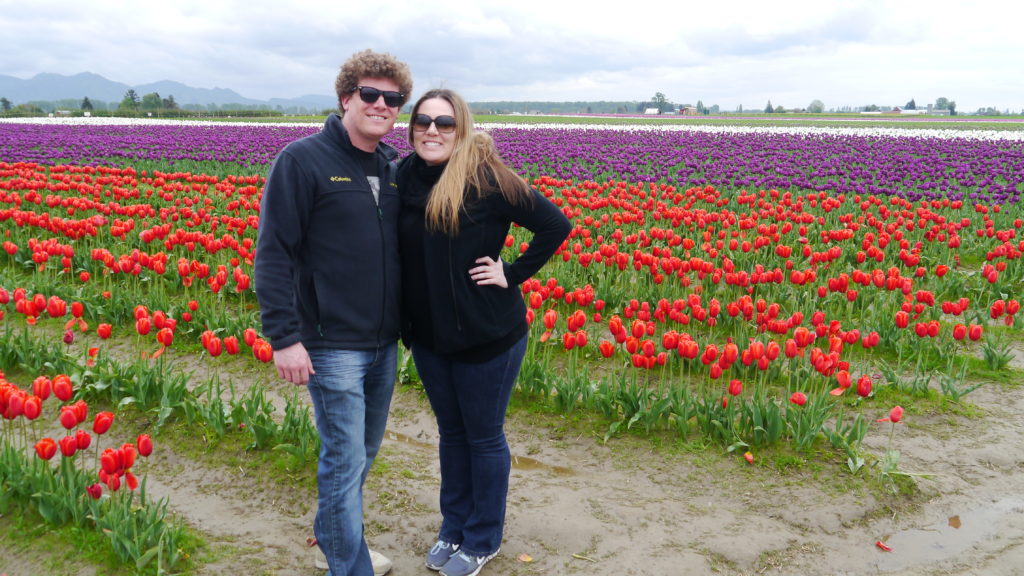 The Skagit Valley Tulip Fest occurs every year between April 1 and April 30th. There are many different events like parades, street fairs, shutter tours, and more. And there is no destination, per se, as the tulip farms are scattered throughout the region. Some tulips can be seen from the side of the road while other farms have tulip displays, and rows and rows of tulips to walk through. The Skagit Valley Tulip Festival has a Bloom Map where you can see what farms have full blooms, as well as a downloadable festival map.

Because it was probably the last day of the season, we checked the bloom map and saw that RoozenGaarde Tulip Farms still had some tulips that had not been capped yet. Also, because we drove up on a Friday at 11:00 a.m., we didn’t encounter any traffic and it was an easy 90-minute drive to the Mount Vernon exit (if you go on a weekend or mid-season, be prepared to wait in traffic). 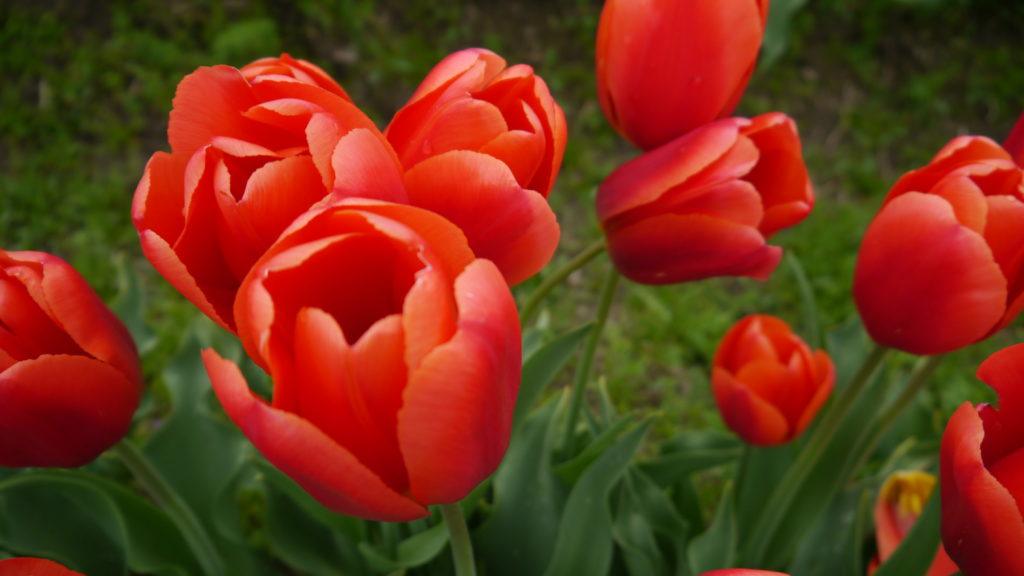 RoozenGaarde has a free parking lot across the way (with port-a-potties), but does charge a $5 cover charge to enter the gardens. When you first enter, there are beautiful display gardens with every type of tulip you can imagine. These gardens were packed with people. The fields were a bit muddy, so I think most people stuck to the display gardens. Also, the farm has a display windmill garden, as well as a sign within a garden that says 2016 Tulip Festival. I have no pictures of these because, well, they were packed with tourist. And in case you’re hungry, there’s even a snack bar.

Chad and I walked out to the fields where it was a bit less crowded. In the backfields, red, orange, purple, and white tulips had not been capped yet – which offered great photo ops. And an old school bus provides a great backdrop. 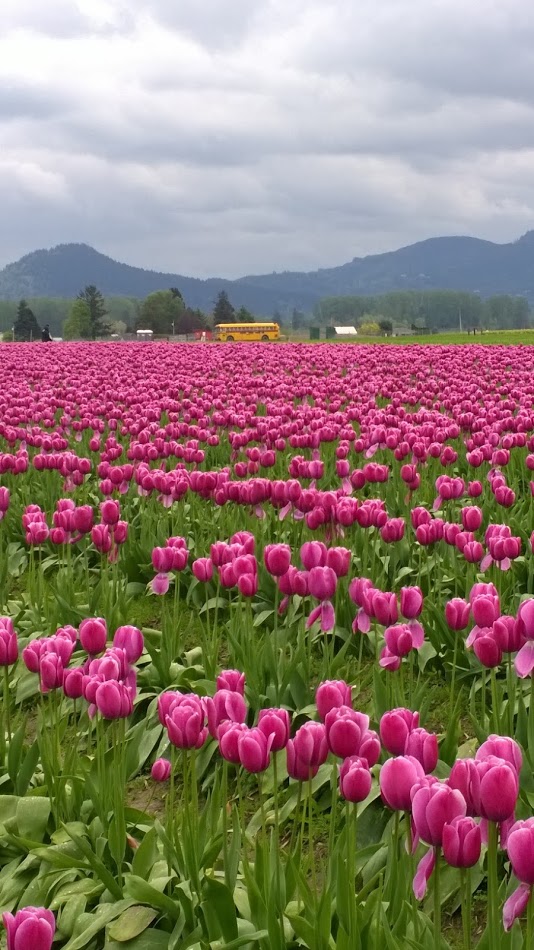 So, remember, this is a working farm. There is mud, irrigation ditches, ruts, dirt, and normal things you’d find on a tulip farm. We saw a lot of women wearing heels and both men and women in flip flops. We overheard a man say, “You’d think they’d make the farm more user-friendly.” That one made us die a little inside.

It is quite beautiful in the fields, even at the end of the season. It’s hard to see the full beauty from the pictures, but this video can help a bit.

After RoozenGaarde, we decided to head a few miles up north to the tiny artsy town of Bow, Washington for lunch. I’ve been to Bow before when my mom was in town and wanted to take Chad there. We decided on the Old Edison.

The Old Edison is a great little bar with its history dating back to 1900 (or possible even before that). It has two full-size shuffleboard tables, live music (at night), a bunch of local craft beer on tap. The Old Edison also makes their own infused liquors. They had varieties like Peach Pecan Bourbon, Lemon-Ginger Vodka, and probably ten more. The Old Edison also has a nice outdoor patio and grass backyard – perfect for summer days. 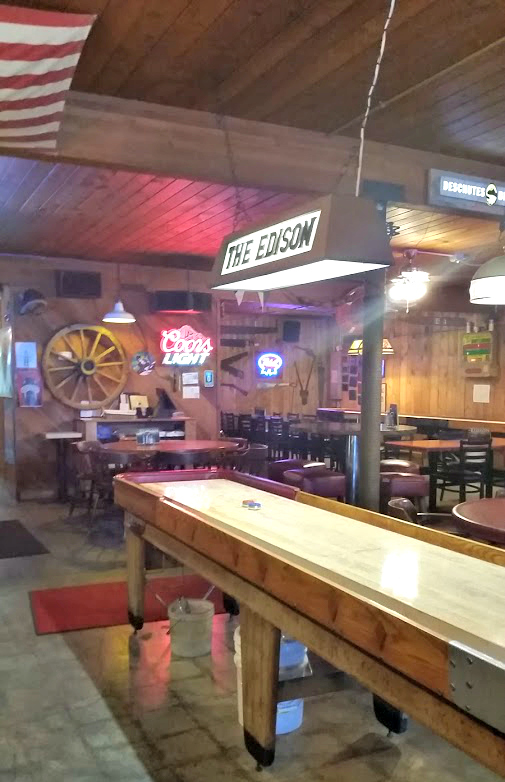 We sat at the bar and ordered oyster shooters. Chad had jalapeno vodka and lemon vodka in his, and since I was driving mine were virgin. The folks at the Old Edison make their own cocktail sauce and it is delicious. 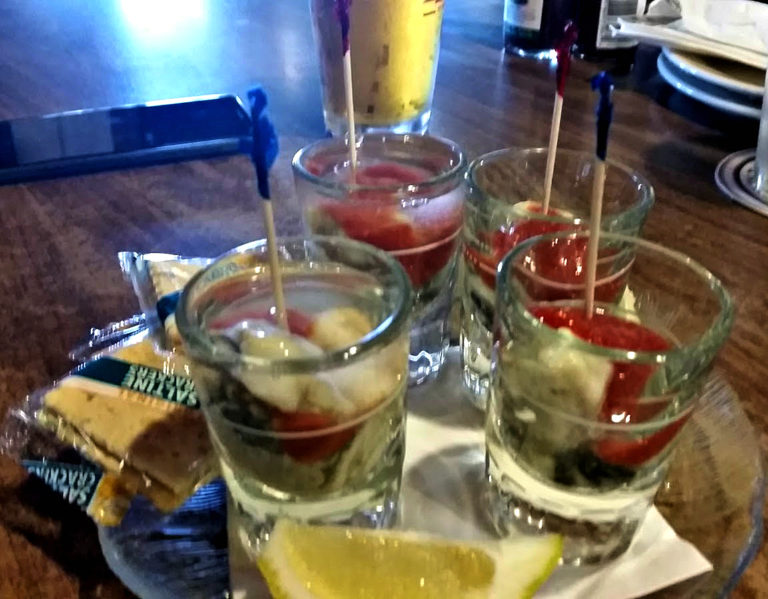 Since the oysters were amazing, and the Old Edison specializes in seafood, we decided to split the Captain’s Plate. It’s two cod filets, two prawns, two oysters, clam strips, coleslaw, and fries for $16.95. It’s a huge plate and I’m so glad we decided to split it. 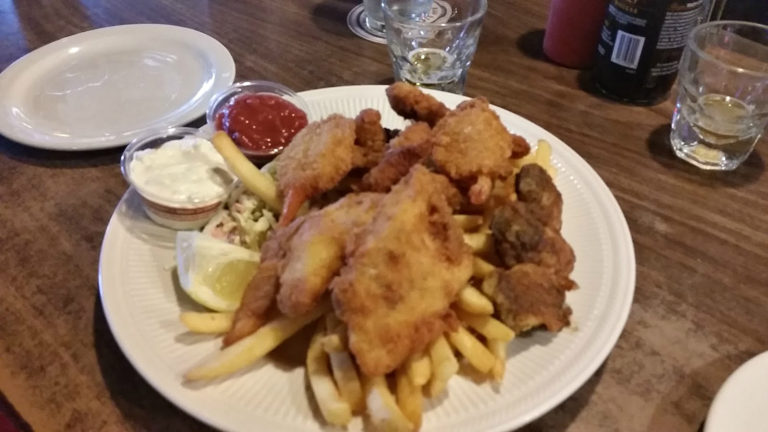 We loved this little bar and chatted with the staff quite a bit about the bar, the town, the area, etc. Everyone was so nice and welcoming – we will be back for sure.

And upon leaving we met Buddy the dog. He’s the unofficial mayor of Bow, Washington. Apparently he roams from restaurant to restaurant during the day to say hi and receive “Buddy bones.” Once he figured out we didn’t have any leftovers for him, he moved on quickly. 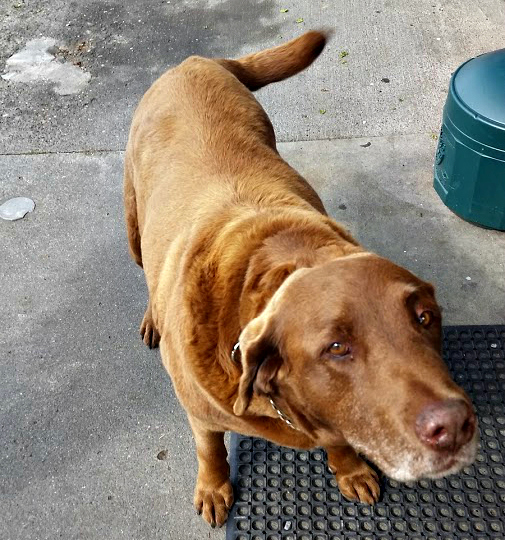 Bow, WA is a cool little historic town and definitely worth a visit if you’re in the La Conner/Mount Vernon area – and far enough away from the tulip traffic where you won’t be overwhelmed by tourists.

Are you from the Pacific Northwest and have a favorite day trip? Let me know in the comments below or shoot me a Tweet. 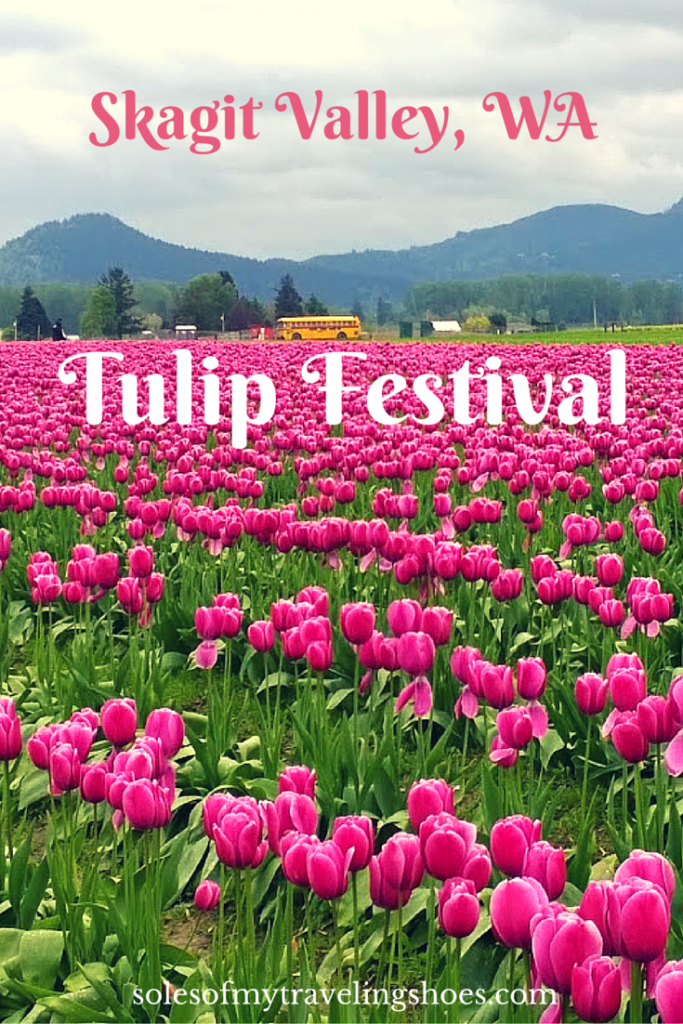